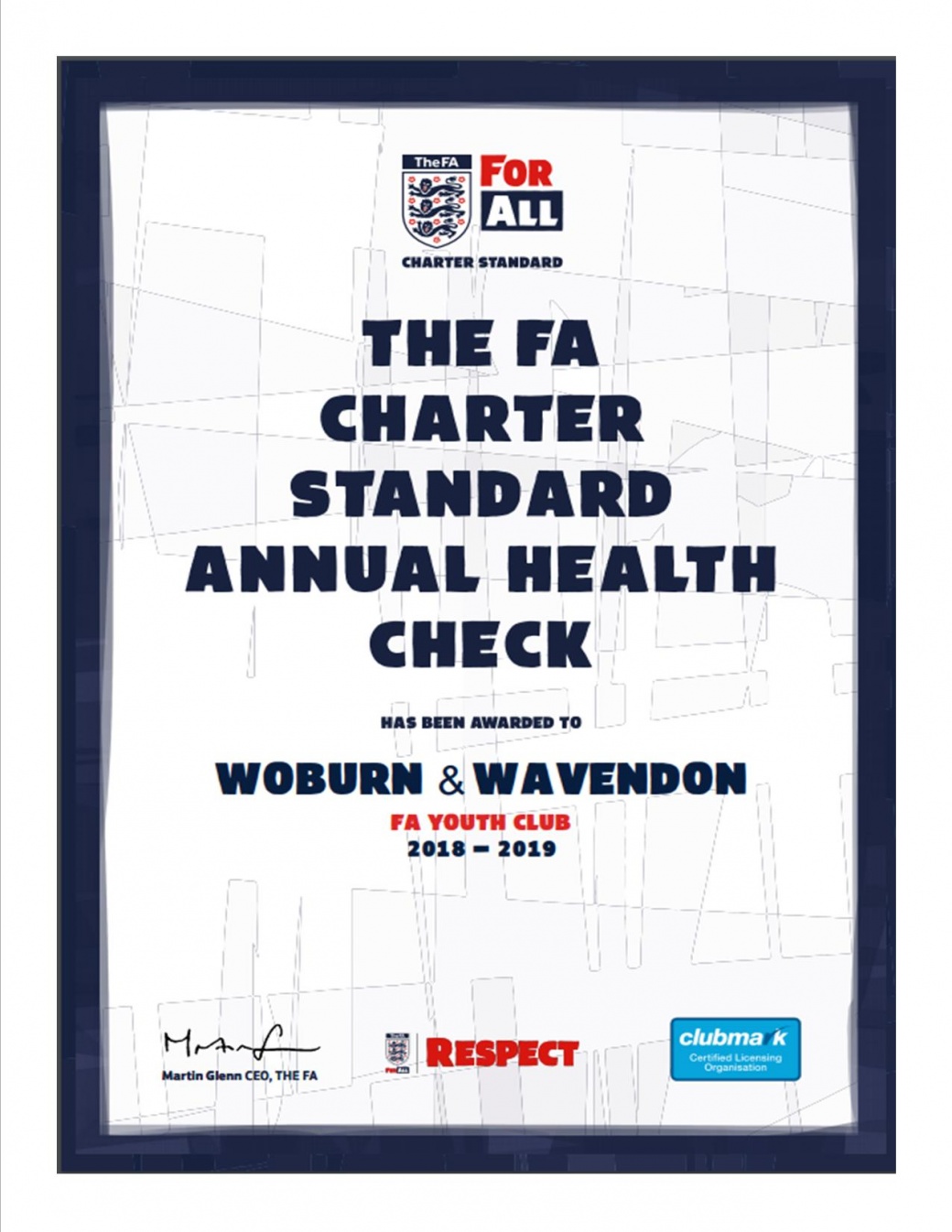 A1 MEDICAL FOR WWFC

Woburn & Wavendon FC are delighted to announce that the FA have conducted our annual Charter Standard health check and we have passed with flying colours ! It means that as a Charter Standard Club, we represent the very best in grassroots football. The accreditation certifies WWFC upholds the values that appeal to players, coaches, officials and supporters. It also demonstrates that The Club is a safe place where everyone can enjoy football and friendship.

A huge thank you Sally Basham, Clare Fisher and indeed all the Committee Members, Managers, Coaches, players and volunteers who have all worked so hard to achieve this for The Club. 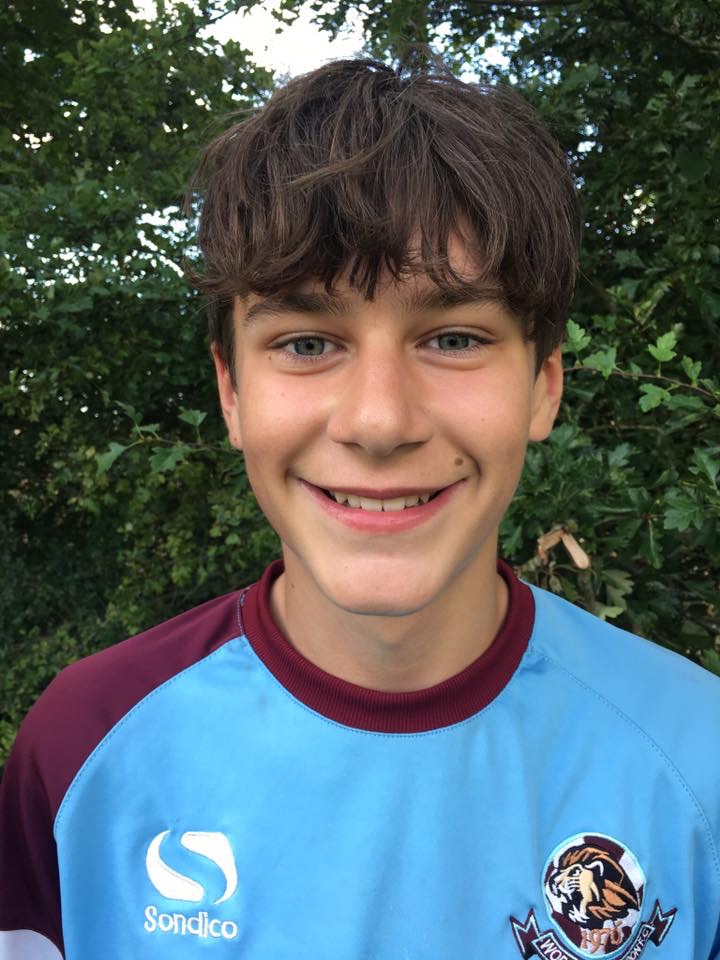 BRANDON ON THE COUNCIL

WWFC are delighted to announce that Brandon Goldsmith has been successful in his application to become a member of the Beds FA Youth Council for 2018/19.

Commenting on Brandon’s appointment, Marc Di Carlo, Beds FA Football Development Officer, congratulated him and also informed us that this season has seen the largest and best ever quality of applications -therefore a testament to the quality of Brandon’s application.
“Over the last 3 years Brandon has become a great member of the U15 Cyclones as a person – not just a player. He certainly is a great character to have in the Team and I’m sure his teammates are very pleased for him, but most importantly I’m sure he will represent himself his family and also Woburn & Wavendon FC with great professionalism in his role on the Youth Council” commented a very proud Jame Malins, U15 Cyclones Manager. 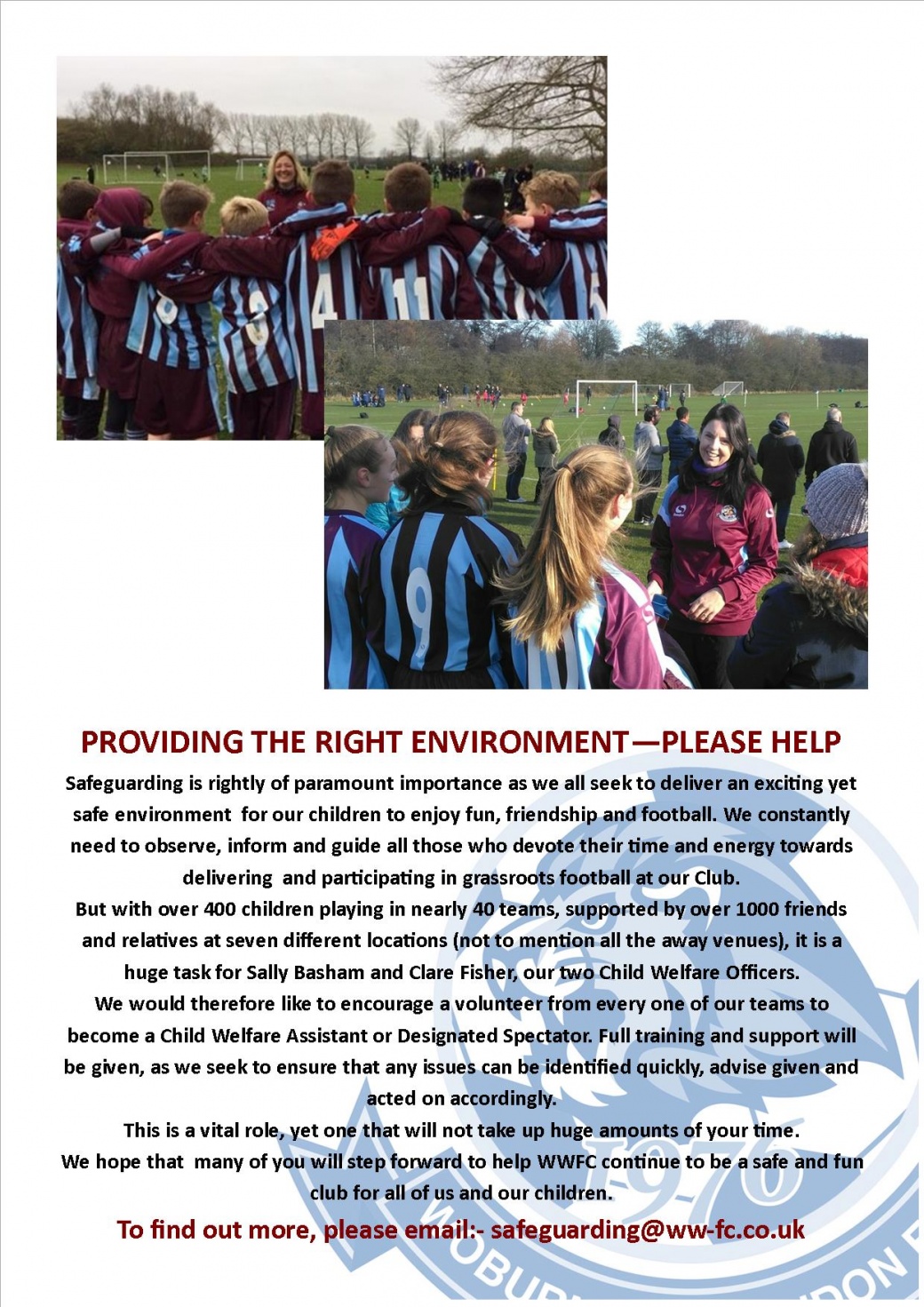 HELP US TO PROVIDE THE RIGHT ENVIRONMENT 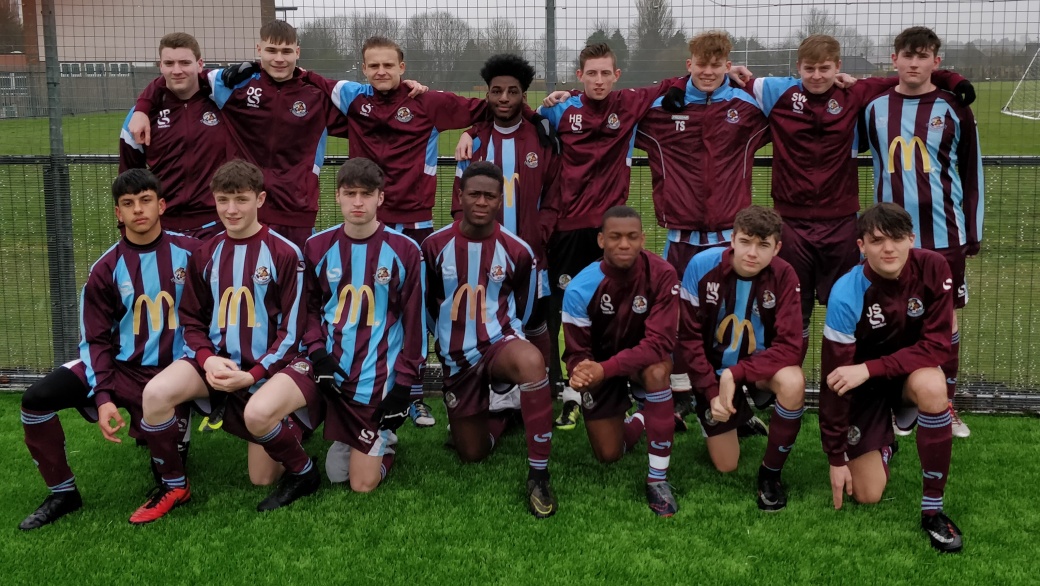 GOING OUT AT THE TOP

After 11 years developing as a team from Under 7 all the way up to Under 17, Ian Williams’ Whirlwinds will be playing their last competitive match on Sunday. Not just any match though, this is the League Cup Final at Shefford !

An amazing 6 members of the current squad have been with the team since Under 7, and of course Ian has been guiding and encouraging them all the way. Well done to you all, and to the parents and volunteers who have helped make it all possible. An inspiration to us all.

Very emotional when a team finally looks to hang up the boots, but we’re all backing you to deliver one more win. If you fancy cheering them on, KO is 11am at Shefford.

From the Club’s point of view, we are delighted that Ian will be continuing his great work on the WWFC Committee, particularly organising the Foundation/Reception Sunday sessions that will be delivering the Lions and Lionesses teams of the future.

It is with deep regret and sadness that we inform you that Paul King, U9 Hurricanes Manager and Coach for the last couple of years, passed away last Weekend. We hope to speak to his wife when she is ready and will discuss with her how, as a Club, we can support her, the Family and the Team at this very difficult time.  We are sure you will share with us your deepest sympathy for his family and ask you, on their behalf, to respect their privacy for the time being.

We have now been given the following information from Paul’s family:-

“Pauls’ funeral will be on Monday 30th April at 10.45 in the Oak Chapel of Crownhill Crematorium, followed by a celebration of his life (nibbles and a piss up) in the Hilton Hotel, Kent’s Hill.

Everyone welcome, but no morbid colours please… footie shirts and colourful clothes a must!!

Lastly no flowers please (we’ve got more than interflora at the mo), instead he’d appreciate a donation to help for heroes which can be done at the end of the service if you’d like to, or consider signing yourselves up to be an organ donor x”

ONE MINUTES’ APPLAUSE FOR PAUL

“Woburn & Wavendon FC has been deeply saddened by the sudden passing away of one of our team managers. Paul King coached and managed our Under 9 Hurricanes Team, and had been responsible for launching and developing the football journeys of many young players. In recognition of his energy and enthusiasm for his team, the Club and local grassroots football, we hope that you will join with us in 1 minutes’ applause ahead of all matches on 21st and 22nd April. Our thoughts and prayers are with Paul’s family at such a distressing time”.
The Committee 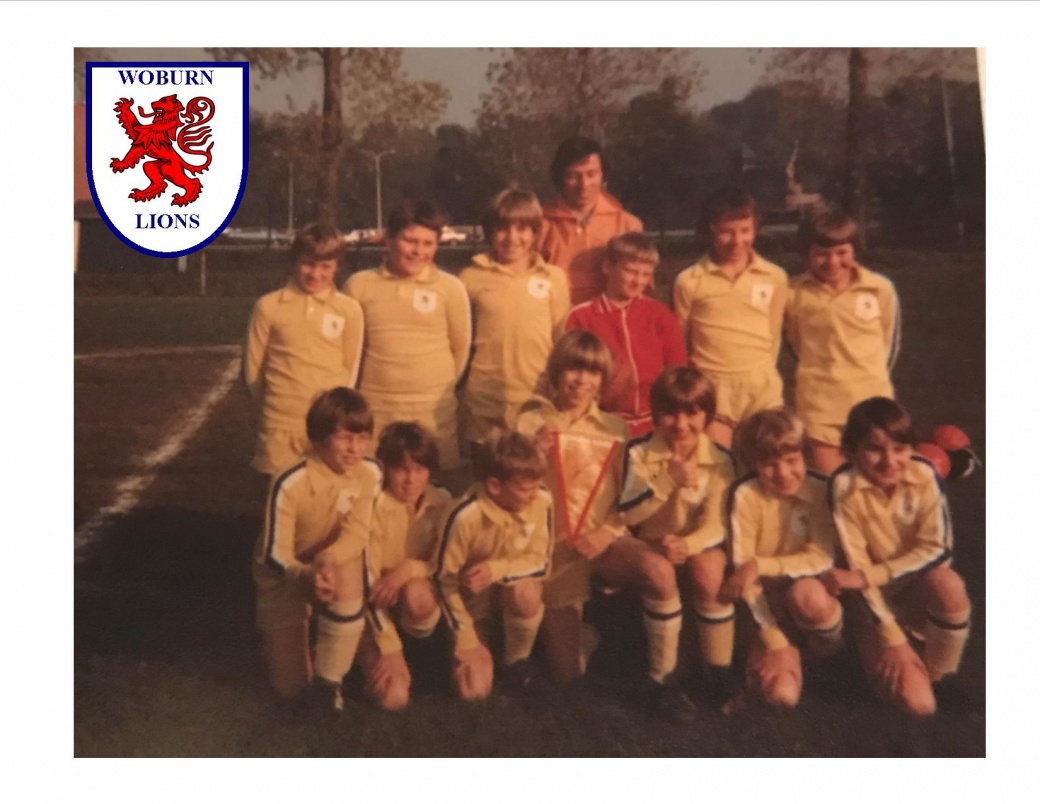 Many thanks to Nigel Pattison who sent us the attached pic of a young Lions team circa 1980. Nigel has fond memories of European tours and competitions with some medals still in his loft ! Remembering the times with Simon Spoor at the helm, he remarks on how much time and energy Simon gave with so many laughs along the way. 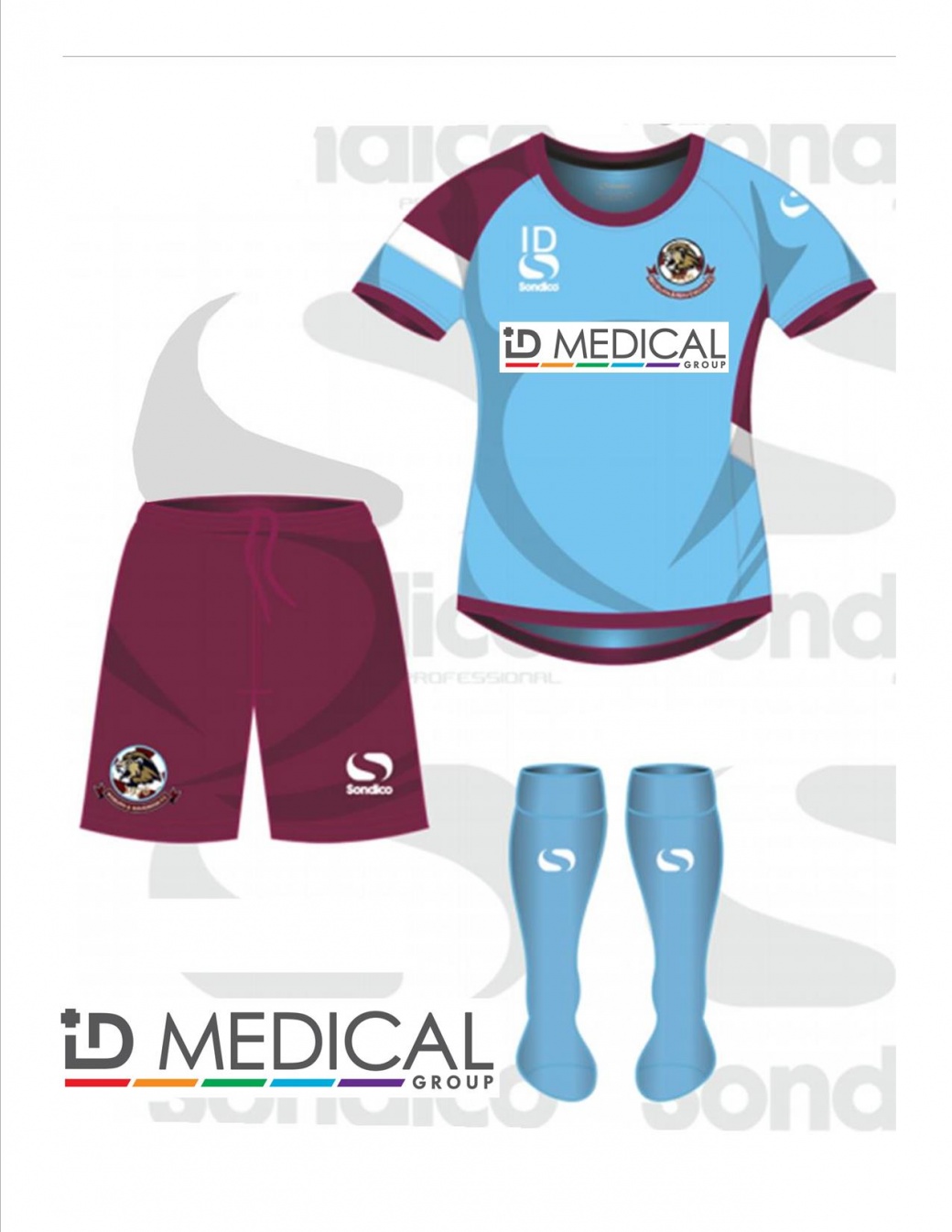 WWFC are delighted to announce that ID Medical have not only renewed their main sponsorship of the Club, they have now extended it too. The UK’s leading multidisciplinary healthcare recruiter will continue to be our main Club sponsor for another two seasons, and will now also sponsor the training kit for all our teams. Along with the assistance we will continue to receive with producing both our Lions and Lionesses tournament programmes, this a huge boost for the Club as we continue to invest in many new initiatives and projects. Goalability, Wildcats, Foundation/Reception Years Sessions, and numerous playing location improvements all benefit from this backing. The Club would like to thank ID Medical’s MD, Deenu Patel, and his fellow Directors for their immense support, both in the past and going forward. 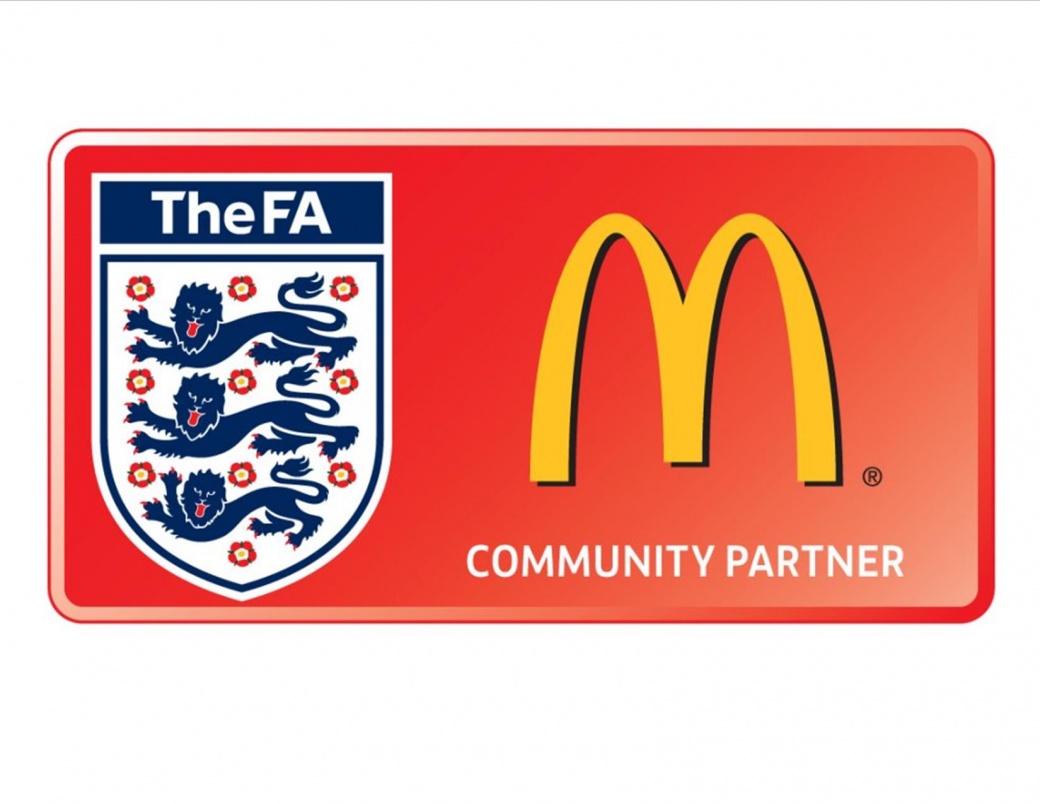 WWFC is fortunate to enjoy some of the best partnerships around when it comes to grassroots football. Whether it’s a governing body, local league, County FA, Parish Council, school or commercial organisation, we depend upon the huge goodwill and support we gain. There’s no better example than the immense relationship we have with McDonald’s in the area. This is very much down to Ken Tomkins and his team, and we were really bowled over by the recent coverage the Club got in the US.
Very much appreciate everything guys. 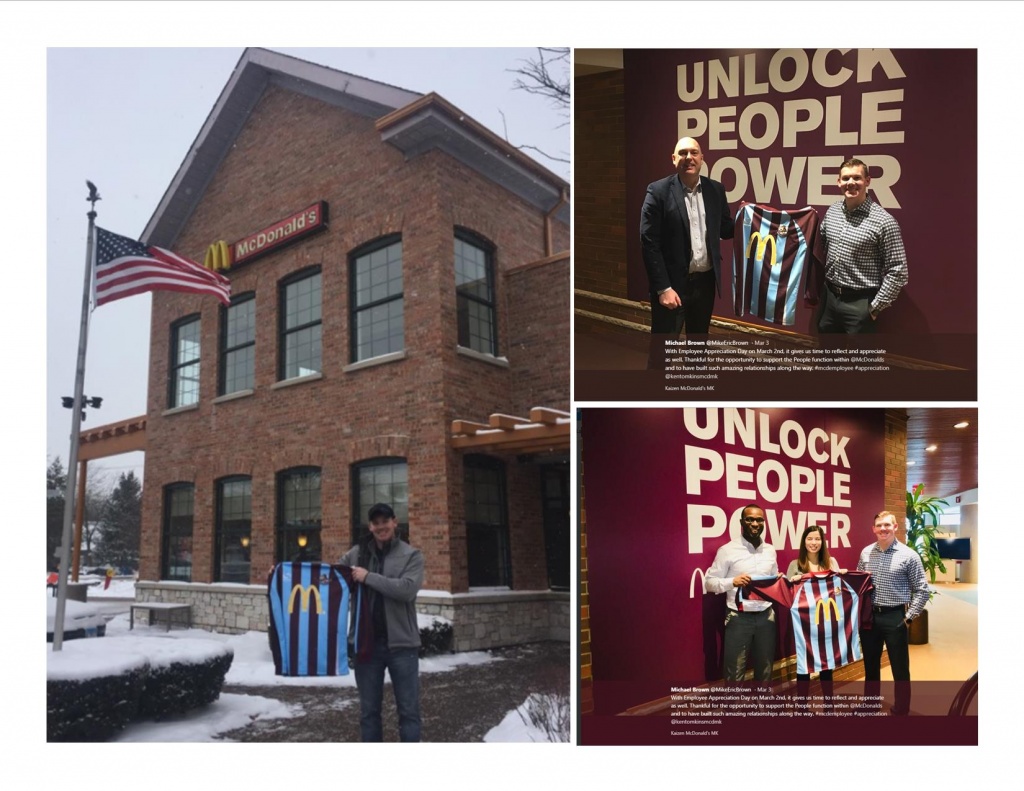 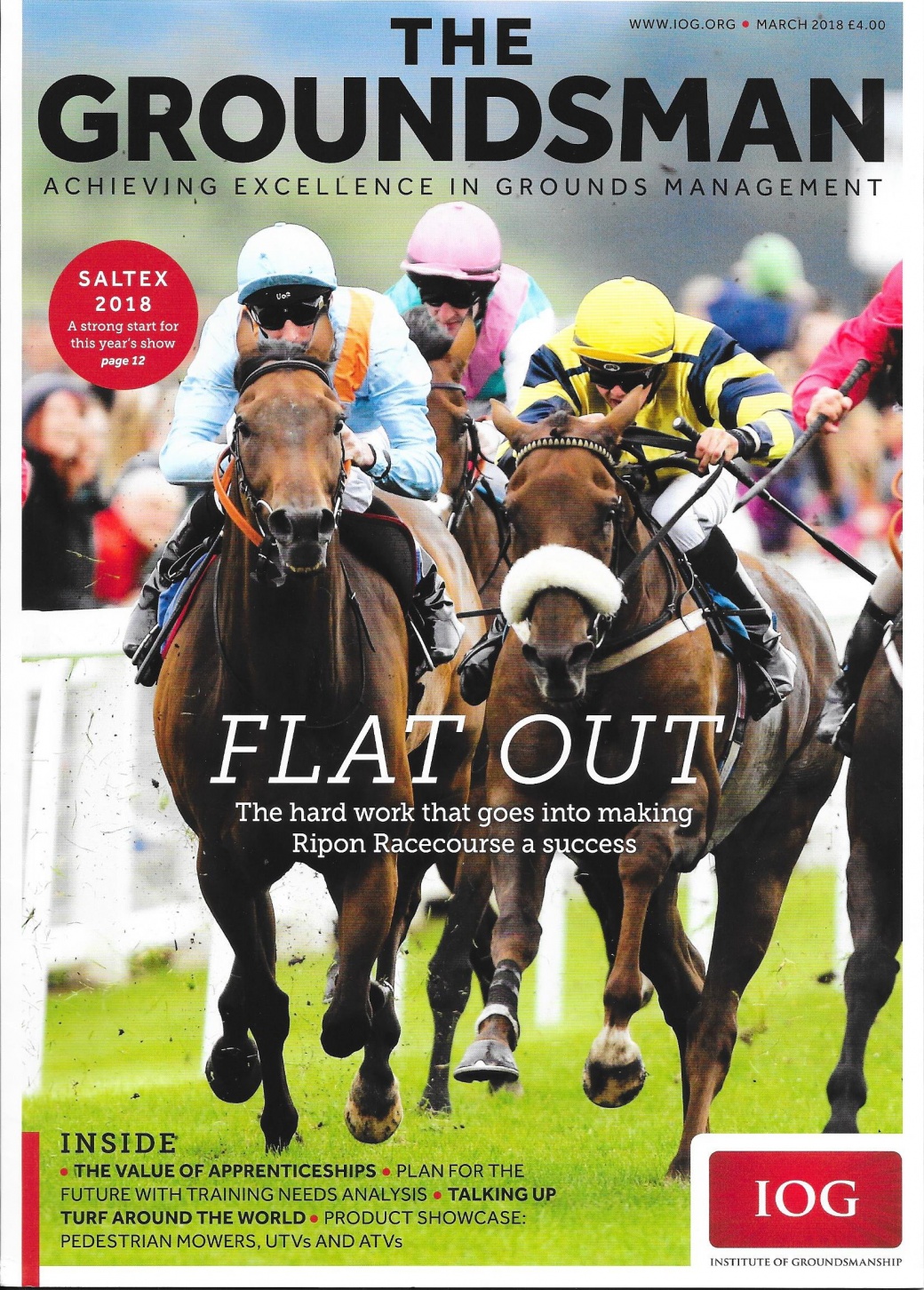 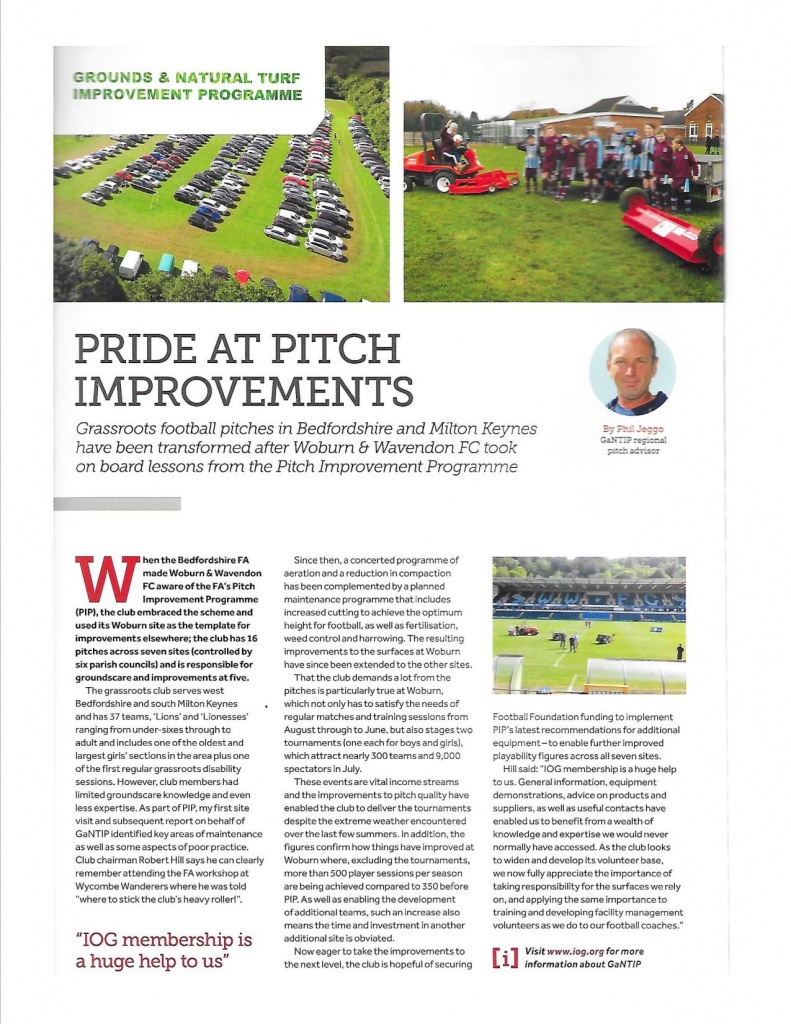 WWFC is committed to improving the playing surfaces at all our locations. With guidance from the County FA and IOG, we have been steadily improving both their quality and robustness as we deliver football to as many youngsters as possible.
The March issue of The Groundsman magazine has included a special feature (including a picture of the new main stand at Little Brickhill !!?) 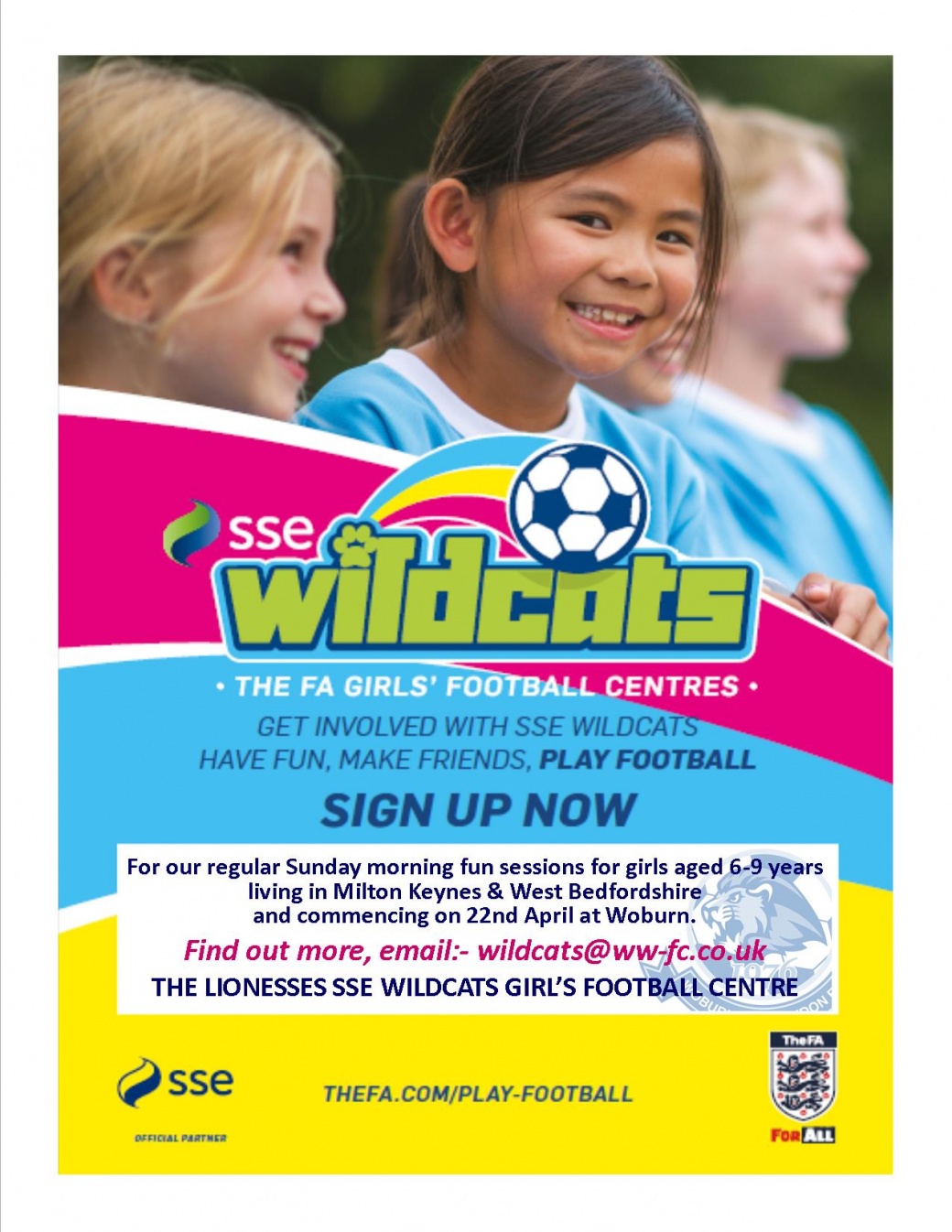 The FA and SSE have launched an initiative designed to inspire girls aged between 5-11 to be involved in football.
SSE Wildcats Girls’ Football Centres provide girls with regular opportunities to play football and take part in organised sessions in a fun and engaging environment. 200 centres were established across England in 2017 and a further 800 are in place for 2018. 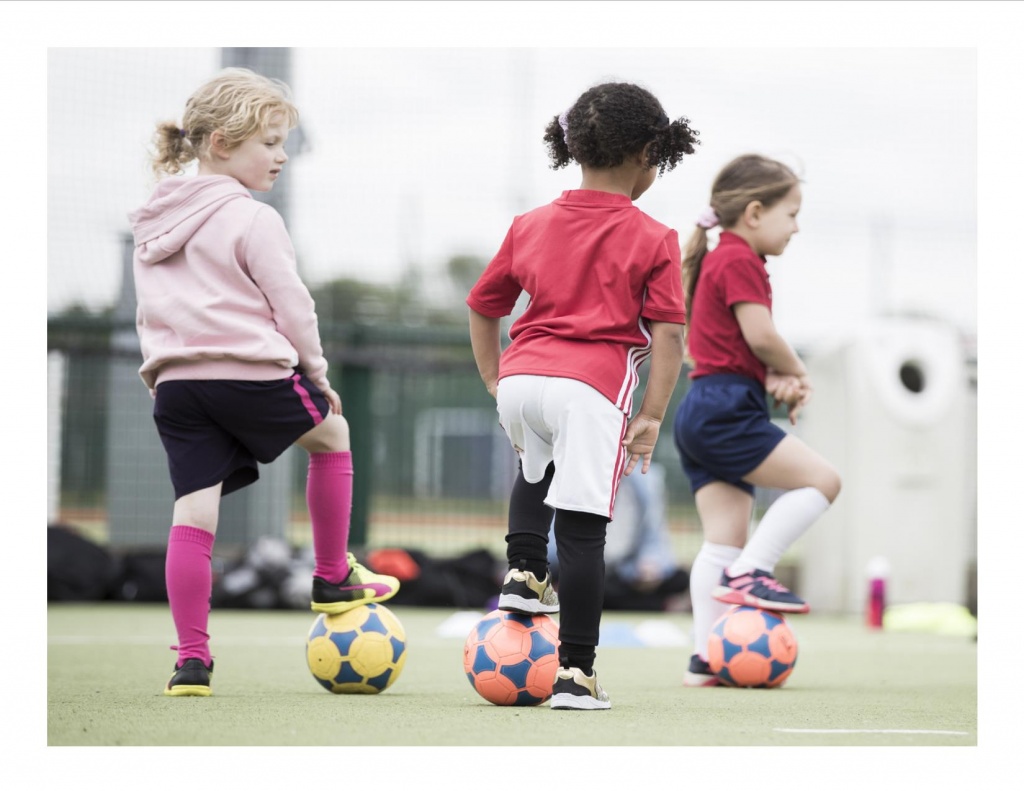 WWFC are delighted that we have been sanctioned to deliver a centre serving Milton Keynes and West Bedfordshire. 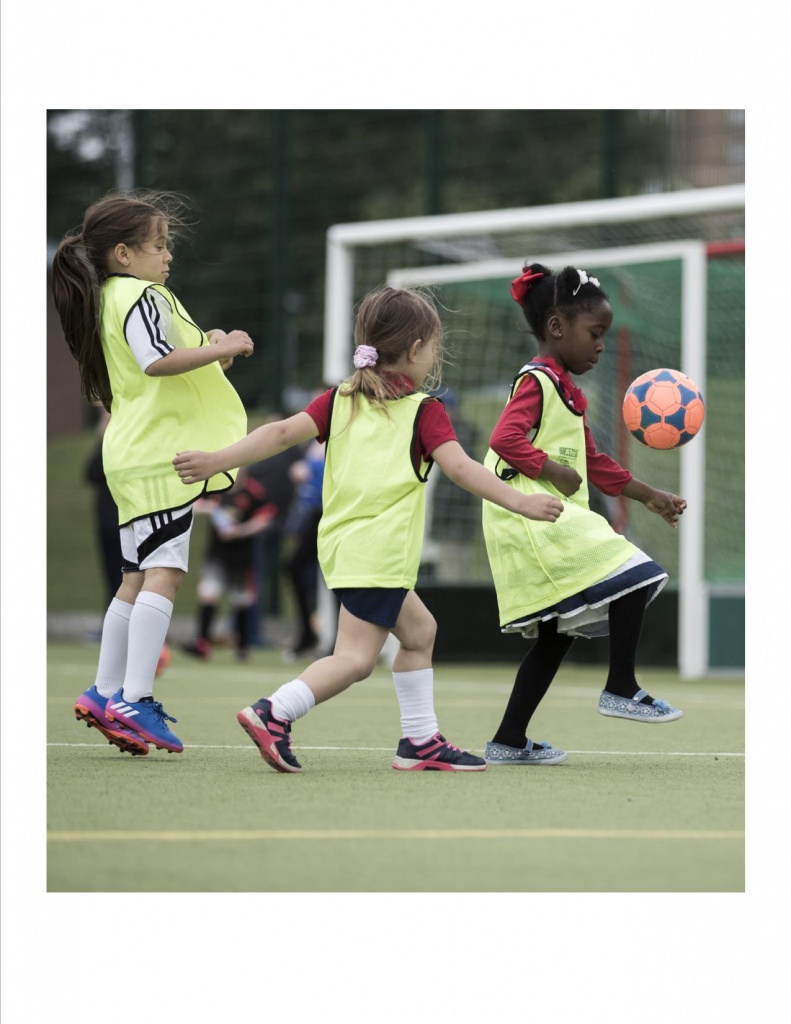 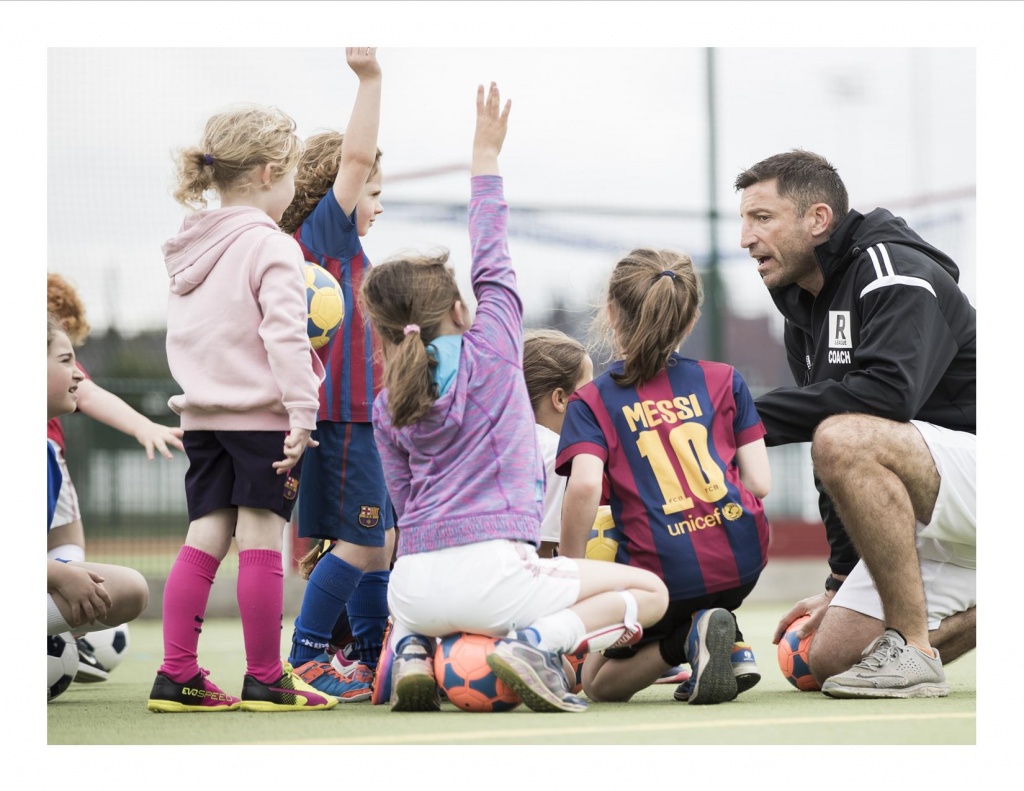 Our sessions will take place every Sunday at Woburn Village Playing Fields, Crawley Road, Woburn, MK17 9QD. Commencing on Sunday 22nd April and running through to 26th August, they will be from 11.00am to 12.30pm and provide a safe environment for girls to have fun engaging with football, make new friends, develop fundamental skills, try a variety of sessions and create foundations for a lifelong love of sport. 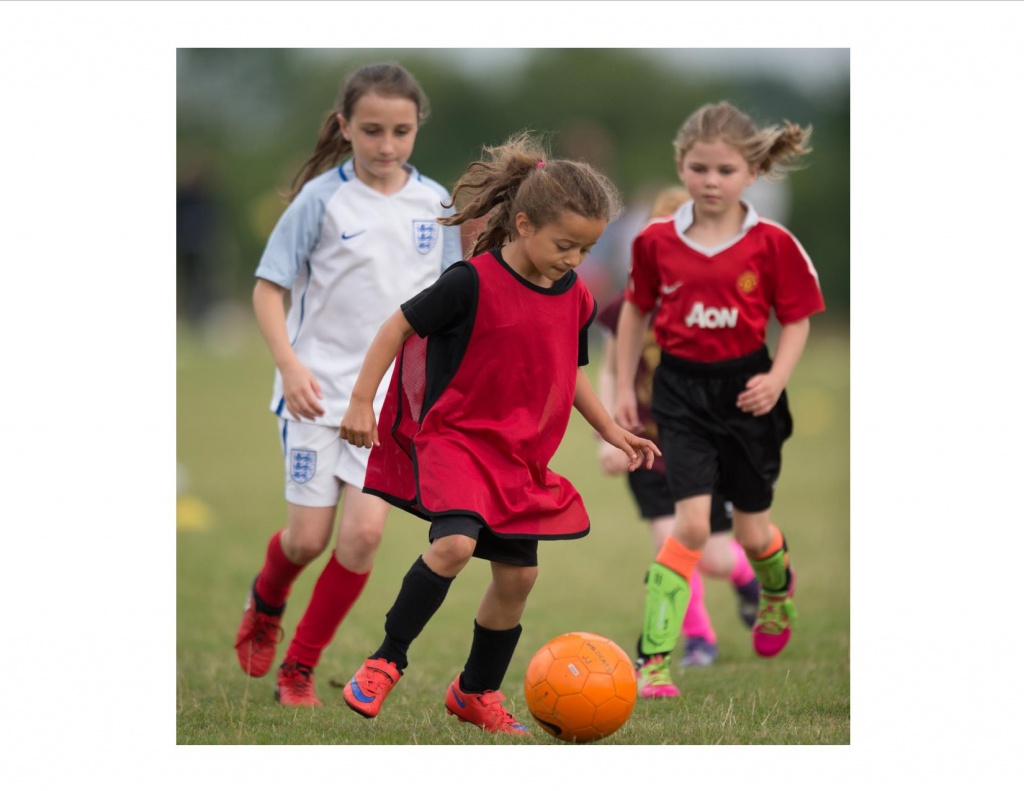 The Lionesses SSE Wildcats Girls’ Football Centre is run in conjunction with the County FA utilising qualified coaches and local facilities to offer girls a location nearby where they can get involved.
SSE Wildcats Girls’ Football has been established in partnership with SSE, supporters of girls’ football participation and sponsor of the SSE Women’s FA Cup, with support from UEFA, FIFA and The Youth Sport Trust.

To find out more, email:- wildcats@ww-fc.co.uk