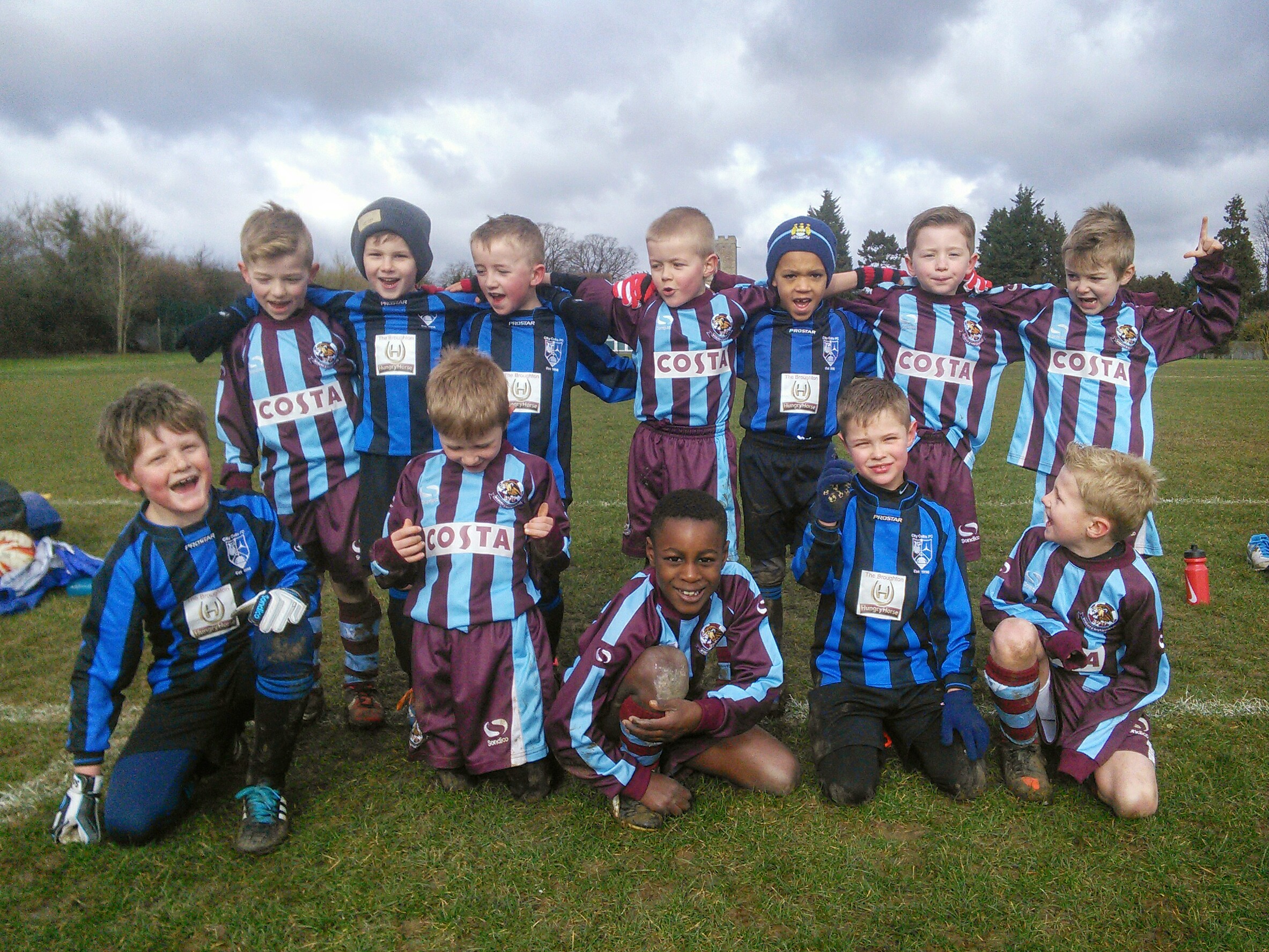 Woburn & Wavendon’s U7s Whirlwinds team recently played a very friendly ‘friendly’ with neighbouring U7 team City Colts Eagles, based in Middleton. And instead of the usual format, on the day the squads were mixed together to create two non-descript teams.

“Even though all U7 games are non-competitive, it is impossible to escape the fact that two teams are essentially in a contest against each other,” said Whirlwinds manager, Scott Russon. “Inevitably the games at this entry-level stage, while good-natured, do have a competitive atmosphere, which is heightened by team identities, team-specific support from parents, plus coaching from the sidelines.

“This mixed team format was a great way to create a more relaxed atmosphere where the boys simply played football: there was next-to-no coaching, there was an increase in encouragement and appreciation for both teams from supporters and the coaches, and it was an occasion that all the boys really enjoyed.”

WWFC and Costa: the perfect match

The Woburn & Wavendon FC U7 Whirlwinds squad handed over their framed shirt and team photo on Saturday 29 November to team sponsors Costa. 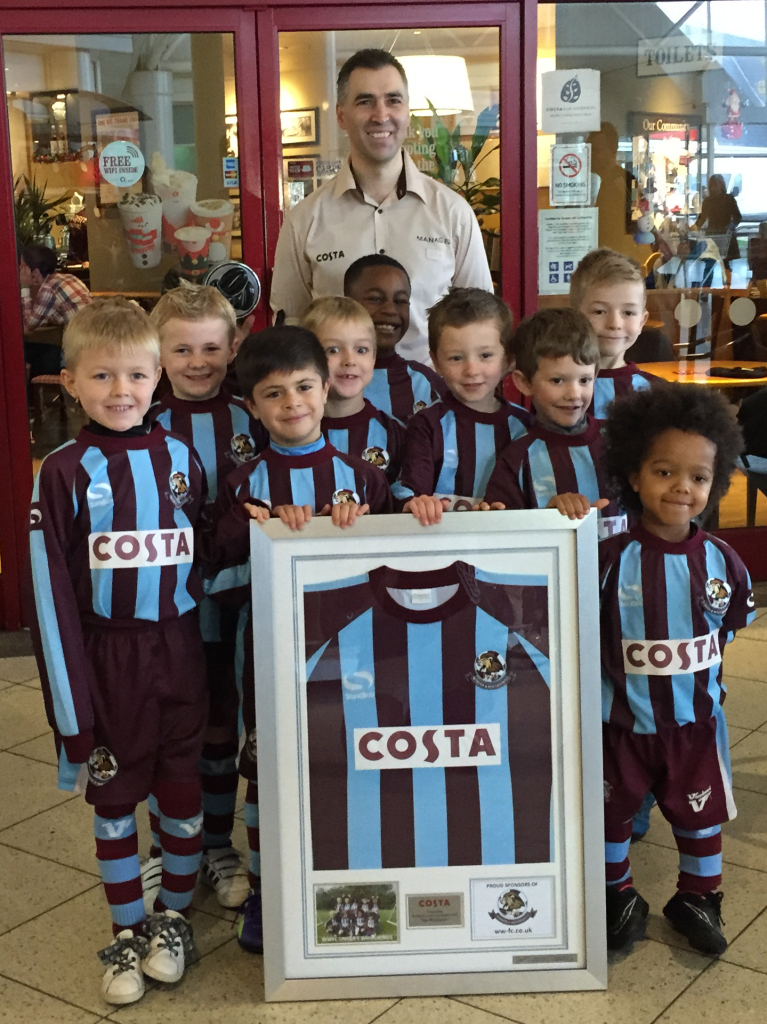 The boys sporting their full kit attracted attention from early Saturday morning shoppers at the Kingston shopping centre, as they excitedly posed with store manager George.

Costa Community Engagement Officer Kieron was delighted with the gift and intends to proudly display the framed shirt at other Costa sites on a rotation basis, including at the store at Waterstones in the Milton Keynes shopping centre.

U7 Whirlwinds manager Scott said: “The boys have all been proud of wearing the Costa logo on their shirts from their first ever match, as they recognise the brand.

“Many supporters and opposition managers have also commented on what a great sponsor we have supporting us and how the Costa brand colours match our Club colours perfectly.”

Many thanks to Costa Coffee for supporting grassroots football and in particular Woburn & Wavendon FC.

Costa have a number of coffee stores throughout Milton Keynes – find your nearest store .