County Cup – Away To Caddington Youth

A trip to Caddington for a first round County Cup game.

Thankfully the downpours of the previous 24 hours had eased by the time the game kicked off, however a pitch that probably wasn’t the best in fine weather, wasn’t looking great, heavy and bumpy. With the runway at Luton airport just a couple of fields away, and planes flying low overhead every couple of minutes, it was certainly one of the more ‘interesting’ venues we will visit this season.

The game got underway, there was a year difference in age, but the home team in general looked the same size or bigger than their older counterparts. It was Caddington who stared the brighter, moving the ball through the pitch well, playing simple pass and move football, playing around the Hurricanes. The away defence stood firm and denied and chances at goal, and gradually they started to get their foot on the ball and get into the game. It was a bit of stalemate, Hurricanes looking threatening when they played quick and early, however when they got in to progressive positions, they surrendered position of the ball far too easily. At the other end the danger was down the left, causing problems for Hurricanes defence, with the No.9 cutting in on his right foot. With just over 20 minutes gone, Benji picked the ball on the left, moved it quickly inside to Louie, who traveled towards the box and from a full 20 yards, smashed the ball in to the top right hand corner 0-1. It should have been a lesson to the away side that moving the ball quickly in attack was the key to success. Sadly the same pattern followed, possession squandered in good areas, nullifying the attacking threat. 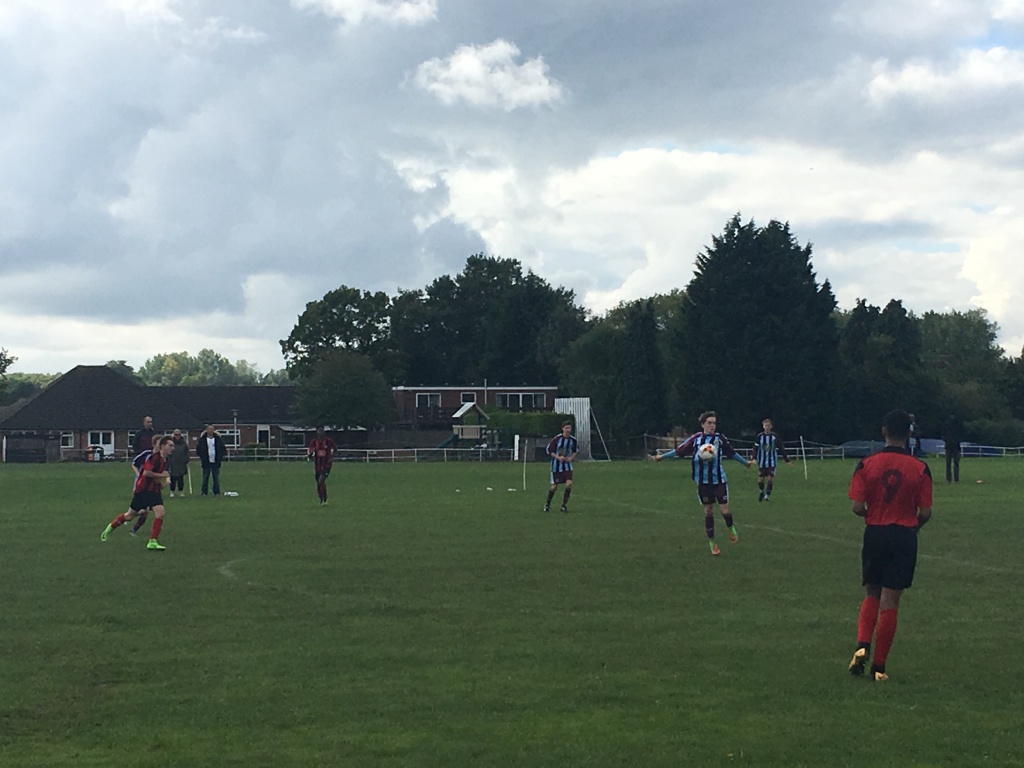 At the other end the danger down the left was clearly seen, as the number 9 pulled in on his right foot, brushing aside two Hurricanes defenders and rifling a stinging shot just over the bar.

Hurricanes, were now starting to get some success down the right, Joseph & Louie combing well with Louie in on goal, his side footed shot well saved by the ‘keeper, however with his usual finishing prowess, everyone expected the net to bulge. Next a corner from the left, Louie rising the highest and could only put his header wide. Again the Louie-Joseph combination saw the latter get and effort in on goal, again saved by the ‘keeper. A corner from the left was met by Kian, again a clear header, but just wide of the post. Really the game should have been out of sight by this point. Jordan came on for his debut, his first touch of the ball found him clear, just inside the right side of the box, didn’t quite get a clean strike on it and it went just wide of the post. 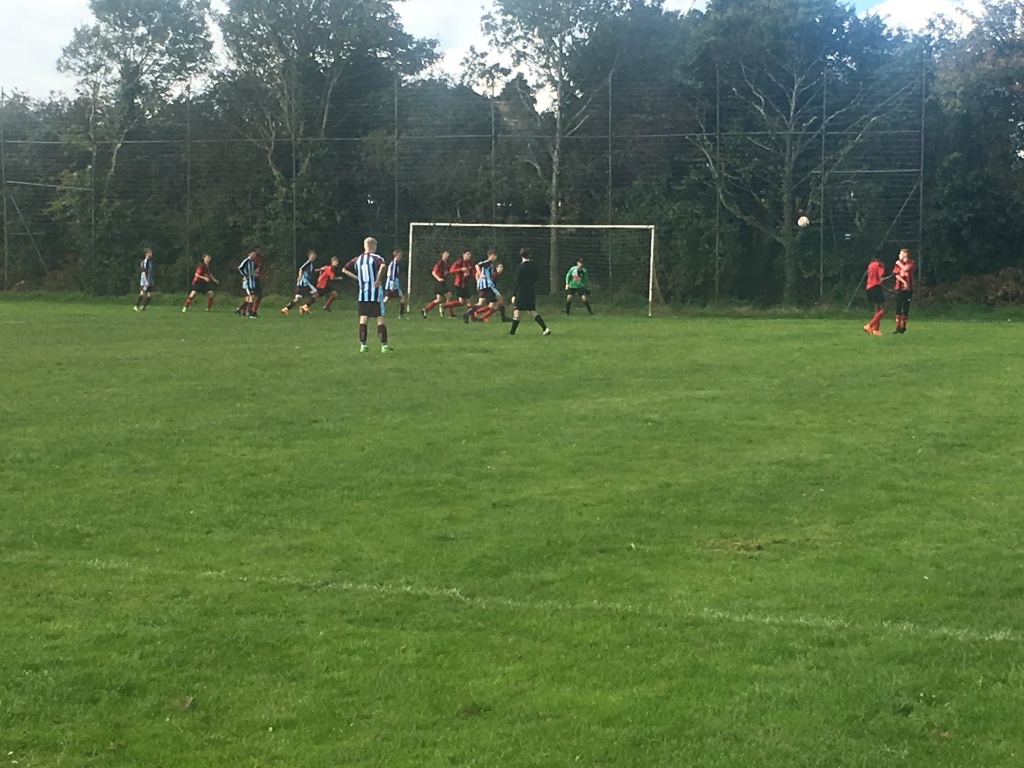 Caddington had a bit of a let off, and as the half grew to a close, they showed signs of getting back in to the game with some bursts forward.

Half time team talk, was a fairly calm one, we were struggling in midfield a little and no retaining the ball anywhere near well enough, so a tweak to they system with an additional midfielder added to try and help us retain the ball better.

Caddington clearly buoyant  by still being in the game, started the second half the stronger, again simple pass and move football, showing their older counterparts they way to success. They dominated the ball and the game. Hurricanes again either dwelling on the ball too long, or not showing any confidence or composure, struggled to string two passes together. Handing the ball and the impetus to Caddington. The away defence, being given little protection form midfield, to their credit, were just about holding firm, restricting to long range shots, however constant pressure leads to mistakes and mistakes lead to goals. Caddington deserved an equaliser and so they got one, a corner from the left, an attacker a clear unchallenged leap, did what the Hurricanes couldn’t do in the first half, kept the header on target and past Hayden in goal 1-1. It should have been a wake up call for the Hurricanes, but it didn’t change anything, sloppy with the ball, lack of team work, no connections between the defence, midfield and attack, was a pattern that continued and they payed the price. Bursting forward centre of goal, not tracked by the midfield, no attempt to try to block a shot and the ball sailed over Hayden, centre of goal and in, midfield, defence and goalkeeper all should have done better 2-1.

The goal did spark a response from the away side, they did push forward, but riled and a bit desperate, their attacks broke down, again a failure to move the ball quickly enough, costing them the chance to exploit any space created by tiring defenders. They did get a free-kick, centre of goal 25 yards out, it was struck up and over the wall by Louie, but the Caddington’ keeper flew across to tip around the post, it was the last meaningful action of the game.

M.O.T.M: Louie – one of the few players to play anywhere near their normal standards, and a great strike for his goal.