WARRIORS BLOWN AWAY BY A FIRST HALF HURRICANE

The first home game of the season saw Great Linford Warriors attacking the Crawley Road ramparts on the back of a battlefield victory last season. Having previously been denied a ranked position in the league by the Warriors, the Hurricanes needed an aggressive battle plan to vanquish a known and respected foe. Without last week’s Man of the Match (Francis), a Hurricane was indeed needed to blow the Warriors off course on a pitch that was mercifully dry but appropriately windy.

A strong and confident looking pride of Lions took to the field in the following formation:-

From the coin toss, the Captain chose wisely and a strong wind was in the Hurricanes’ favour for the first half. Within a couple of minutes, Tao chased a long ball from Rocco but the Warriors keeper got there first. Again, two minutes later, both Asante and Tao chased Luke’s long ball, putting the keeper under pressure and forcing a corner. The Warriors’ defence on this occasion was strong but soon to be tested further.

Ten minutes in and the Hurricanes had another corner. Joe needed to compensate for a fairly strong wind and this he did in style. His well placed boot with plenty of power behind it went high, held its course and dropped beautifully to be met by Tao at the far post. 1-0 – in the car park before the game Tao predicted he would score two goals and he was already half way to achieving his personal quota!

Not five minutes later, after a far reaching throw-in from Charles, Rocco’s huge sweep out left into space was taken at speed by Asante, running it down the wing right into the corner chased all the way by a determined Warriors defender. Asante’s beautifully timed cross into the box was just out of Harry’s reach but the Warriors’ defence had been surprised by the speed with which the Hurricanes moved the ball around the pitch. This was demonstrated again two minutes on when a Woburn attack found Tao facing three defenders. Tao cheekily chipped the ball over the shoulder of one defender, headed it past the next only to have the goalie pat it down to be cleared by the third defender – some lovely skilled play and a greatly relieved Warrior back line.

The Hurricanes attacking play carried on in this relentless vein in the first half, punctuated by a few threatening Warrior attacks started in each case by particularly strong kicks from the Warriors’ keeper into a considerable head wind. When the Warriors attacked, they did so wide and along the full length of the pitch only to meet a solid defence in Rocco, Freddie and Ryan. One solid tackle by Freddie and his subsequent pass to Tao again pitched Tao against three defending Warriors whom he passed at speed before powering his shot into the back of the net for his second goal. 2-0. Not a minute later, Tao created the opportunity for Asante, who took no chances and scored hard, low and to the left for Woburn’s third goal. 3-0! The Warriors subsequent attack was met with great chest control from Joe and a determined overstretch by Charles beating a defender to what should have been a Warrior ball, testing the Warrior goalie with a low shot on goal.

With ten minutes of the first half to go, Freddie was off and Orlando was on, straight away getting stuck into a series of strong tackles and doggedly chasing down the Warriors winger, getting his foot in to disrupt two threatening attacks. Just before the half-time whistle, the Warriors got through our defence and a shot on goal provided Luke with a rare touch of the ball and a solid save when required.

A minute in, Rocco treated the fans to a rare display of fancy footwork of a type more usually displayed by Asante. The Captain, more readily known for his strong, determined, no-nonsense play, was under pressure from two attacking Warriors whom he bamboozled with a feint, a step-over and two sharp turns leaving him in the clear to pass up field – a lesson to all that great skills are only great when used appropriately. From then on, each Woburn attack was answered with a determined Warrior attack. Evan had far more to do than had Luke in the first half as the Warriors used the wind advantage. A Warriors corner led to a long fumble in the Hurricanes’ goal mouth, eventually cleared by Charles. Two minutes later the Warriors intercepted a Woburn ball and a powerful shot went just wide. This was followed swiftly by a powerful shot on goal saved by Evan reading it well and getting his whole body behind the ball as he pulled it into his chest. A minute later, another scramble in the Woburn box brought it home to the Hurricanes that the Warriors were not in the least cowed by a three goal deficit. The Warriors’ fighting spirit was epitomised by their number 2. Earlier in the match he had taken a rocket of a shot, right in the face at close range which put him down. After being checked over by the referee and his coach, he was up and attacking again with the minimum of fuss, only for it to happen again in the second half, right in the mush! This time, he didn’t even pause for breath; he continued supporting a Warriors attack. Warrior number 2, the Hurricanes salute you!

Gutsy play was also exhibited by Harry as he consistently took on and beat his man with confident and aggressive play. Harry played both left and right wing and had the measure of the Warriors’ defence on both. As well as changing the pace of play with determined drives up the wing, Harry’s crosses were particularly well timed, feeding quality ball to Tao. His reading the game and positioning himself in the box put the Warriors’ defence under real pressure. Indeed Man of the Match, well done Harry.

Joe also showed gutsy play in a second half one-man attack and swift defence. Beating his player, Joe ran the ball being chased all the way and lost it on the edge of the Warrior’s box. While already breathless from his attack, Joe turned and chased the whole length of the Warriors’ end and although he didn’t win the ball back, his constant harrying of the Warrior forced him into a rushed error which was easily intercepted by Luke – great grit and determination Joe.

With ten minutes of the match remaining, a Warriors huge free-kick in their half was deflected for a corner and once again the Hurricanes were under pressure. The corner was high but the header was deftly saved by Evan. The Hurricanes replied with Luke linking to Harry whose attempt to play in Tao in the Warrior’s box was upset by strong play from the Warriors keeper. Luke’s then last minute attempt at goal from a free-kick was into the wind and went wide.

The final whistle another win for the Hurricanes and the end of a spirited second half from the Warriors. Next up for the Hurricanes are…the Hurricanes! Yes, our team will travel to play the Moretonville Juniors team on 21st March. Last season they played in Division 1, so are sure to be a tough opponent. 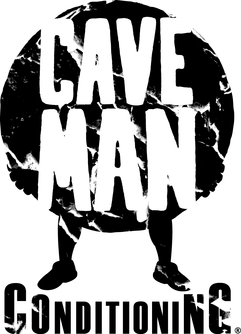