League – Away To Barton Rovers Rebels

It was a cold and drizzly morning for this rearranged fixture.

Whirlwinds kicked off and soon showed their early intentions moving the ball around sweetly with the home side chasing shadows, an early breakthrough looked on the cards and soon it came, good combinations on the right with Billy, Sam and Oliver involved the latter sliding a pass through to Jack M his first shot was well saved by the home keeper, however he collected the rebound and slotted home 0-1. They continued to dominate with Ajiri causing havoc down the left, putting in several excellent crosses that weren’t finished off. Finally one got the finish it deserved with Jack M finding some space in the box to side foot home 0-2. A third was soon to follow, the home keeper spilling a shot, Jack M following up robbed the ball off him, and slotted home, only to have his celebrations cut short as the Referee disallowed the goal claiming a foul on the keeper, it was clear he only had one hand on the ball, the other was down by his side. It was the first of some very bizarre decisions which all landed in the home sides favour. The home side finally woke up and fired up, they started to contest loose balls, it was bubbling under, and some over zealous tackles were bringing it to boiling point, Ajiri was on the end of a waist high scything challenge which left him doubled up in agony, the Referee stopped the game to allow him treatment, it was a challenge well worthy of a straight red card, instead he awarded a drop ball! Whirlwinds started to back off and allow the home side possession, they were made to pay when a throw in wasn’t contested, left alone in the box a flicked header was smashed home at the far post 1-2. Whirlwinds responded well breaking up field a through ball from Billy saw Ajiri race away from the defence bearing down on goal a defender went straight through the back of him sending him sprawling, as clearer a penalty as you will ever see, yet again the Referee chose to play on claiming the defender had got the ball, he may have got a touch but had to go through the back of both Ajiri’s to get it! From the next attack it looked like Ajiri would get his rewards but he fired just wide with the goal gaping. Barton were forcing things in midfield, and were enjoying some attacking success with a couple of long range shots comfortably gathered by Nathan. The away side were now playing on the counter and should have stretched their lead Ajiri broke free rounded the keeper with an open goal at his mercy he rolled his shot off the post, the rebound smothered by the keeper. They were soon made to pay, with the home side enjoying a spell of pressure, a cross from the right was pounced on and finished to make it 2-2. From looking comfortable and in control the away side were now in a battle, and were struggling to get to grips with the physical battle it had become.

Half time team talk was a difficult one, we clearly needed to be tougher and stand up to the over physical opposition, we clearly weren’t going to get any protection or decisions from the referee, so had to stand up contest the physical battles and then allow our football superiority to shine through.

The home side showed their intentions early, Ajiri, clearly a target, on the end of a thigh high challenge, this time a foul was given, but the red card stayed firmly in the Referees pocket, perhaps he had left it at home? The game had turned in to a midfield war of attrition, Billy always our midfield warrior, was at his bruising best, contesting the centre of midfield and setting the tone. It wasn’t pretty and quality football was at a premium, so we’re chances. Ajiri danced through a couple of challenges to find himself clear in the box centre of the goal and just about to strike a list ditch challenge robbed him of the chance to shoot, and a goal kick was given. Barton were having the odd counter attack, and should have done better with one opportunity a nice run and turn inside opened the goal up, but a weak shot was straight at the keeper.  However it was the away side that looked the most likely to score, Sam sending two free kicks just wide. Ajiri was forced to limp off after being kicked out at Kung fu style, again no sign of a card. With only a minute left Nathan launched a long diagonal kick, Oliver latched on to it and raced towards the box, he squared for Jack M who applied the finish steering it low in the bottom left hand corner to complete a fine hat trick 2-3. The final whistle went a minute or so later with the home side unable to respond to the killer blow.

Summary : We started really well, playing some great stuff and were well worthy of a two goal lead. We lost a bit of concentration and let the opposition back into the game, we still had several chances to extend our lead, and is fair to say we were on the wrong end of some dreadful decisions. We then didn’t stand up well enough to the physical pressure applied by the opposition and they forced an equaliser. Second half we dealt with physical stuff much better, and in the end got the result we fully deserved.

M.O.T.M : Well done to Ajiri who in particular was on the end of some awful tackles, Billy who got control of the midfield in the second half. Oliver worked hard and also with his quality set up two of the goals. This weeks award goes to Jack M, three terrific finishes. 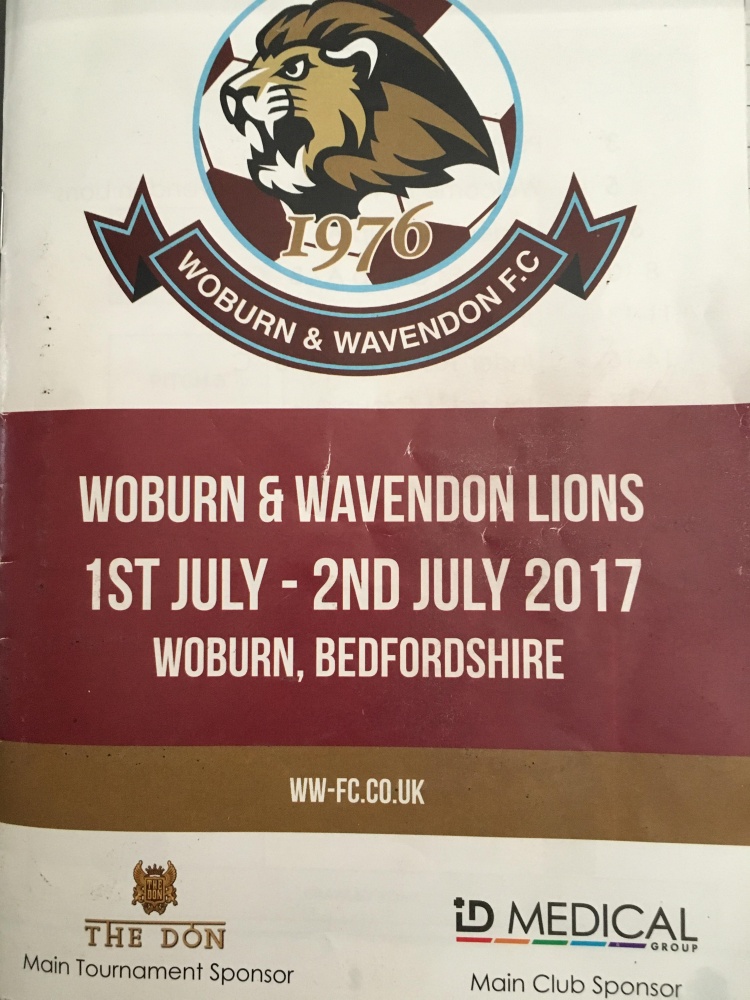 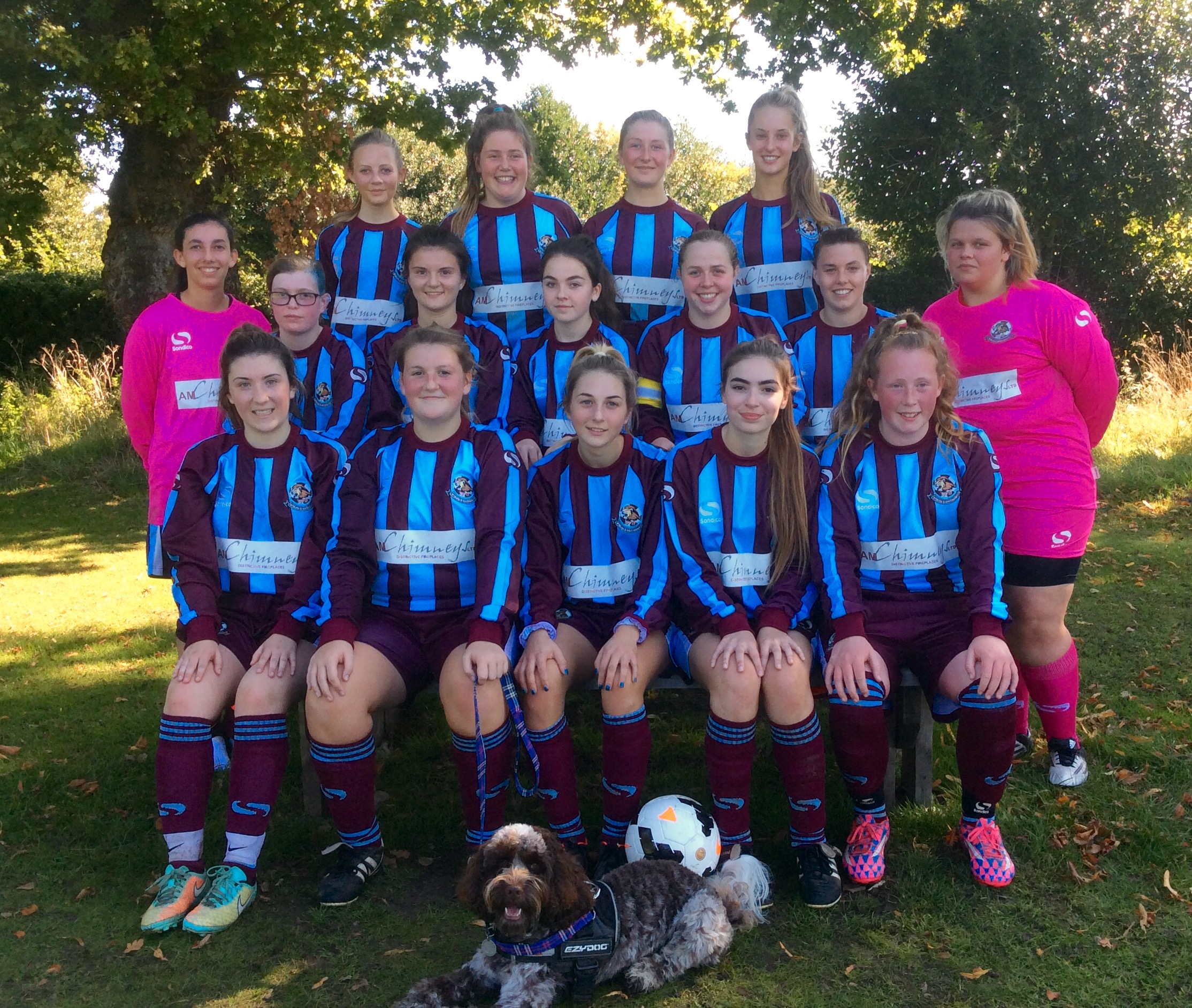