Cyclones were in friendly action today against Mursley Utd who last year gave us  our biggest league defeat,although we really didn’t give a good account of ourselves that day,so today we wanted to show how we can play.

Today we had no Malik who was sick overnight and no Aaron or Sam,so we managed to get our former player Rowan who could play as it’s the school holidays and Billy from the Tornadoes who has jumped in and helped us on occasions before and gave us a squad to use.

After a good team performance last week we wanted to continue it this week and all we said to the boys was play our football don’t give Mursley time on the ball and put pressure on them straight away.

The first half had some great football played from both sides but the cyclones certainly seemed to be winning most of the ball we put them under pressure and never gave them time to breath we certainly deserved the half time lead with Alex scoring a great composed finish from a good pass a move attack with Bailey and Alfie.

So at half time cyclones lead 0-1.

At half time we praised the boys they certainly deserved that lead with a great first half but we certainly didn’t want to rest on that we still had 30 more minutes and we knew Mursley are a side that play some great passing and move the ball well so we had to keep up the effort we showed in the first half.
The second half we continued playing some good stuff,but Mursley did also and eventually scored and for a few minutes we started to look tired and second best to everything but we weathered the storm and settled down again and it was end to end with both defences playing well especially our boys the back the 3 looked a solid unit today.

Then from a great through ball from the Mursley midfield the Mursley striker took it around Korban and put it in the net.

We certainly didn’t deserve that but that’s football,but the response from going down was great will still attacked and had several chances the Mursley keeper was certainly the busier of the 2 keepers.

We even could have had 2 penalties but sadly the ref didn’t give either but we accepted that and still tried Rowan certainly come close with a shot that hit the cross bar.

So the game finished Mursley Utd 2-1 Cyclones.
The game was certainly our best team performance this year ok we didn’t get the result but we certainly deserved more the Mursley manager certainly agreed with that at the end of the game,but we hopefully take the positives into next weeks league game.

Today Alex was brilliant in the lone striker role his link up play in the whole game with the midfield was brilliant today he certainly showed us what we see in training and caused the Mursley defence trouble all day his finish for our goal was very composed and he deserved more for his performance today.

The midfield today worked there socks of again Bailey and Alfie out wide were causing the defence problems,Callan,Charlie,Billy and Rowan played there part also.

The defence were great today John,Morgan and Callum played well together all of them talking to each other certainly hd. A great understanding of each other today but today Callum was solid he took his time never gave the Mursley left midfielder time who also struggled with Callum’s physical strength.

Korban again looked commanding in his goal and was certainly not at any fault with either goals and pulled of a few saves when called upon.

We thank Mursley for a great game with both teams playing some good football,both teams giving there all,it was a good physical game but at the end of the game all the boys shook hands and
congratulated each other’s performance which was good to see.

We wish Mursley well for the rest of the season. 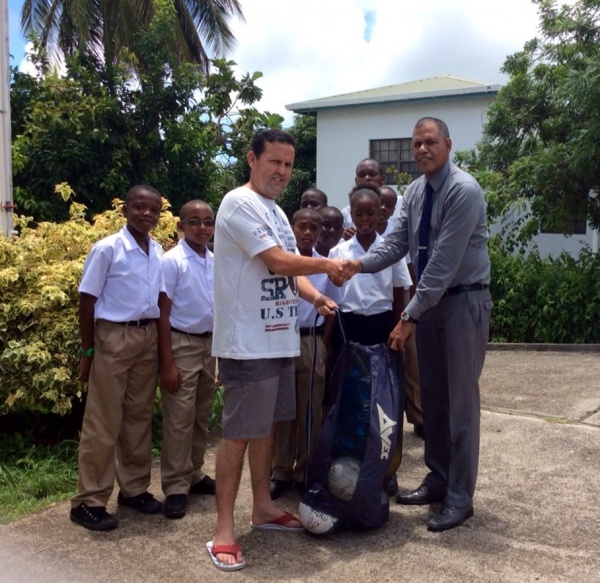