We had 11 players today so lots of swapping and changing planned so all the boys got a run out and we started the game in the new formation.

Today the boys started well not so rusty after the last 2 run outs and riverside had played 4 games already and won them all so that certainly got the gaming flowing.

Riverside looked a good physical side and also looked to play football the right way so we had to be up for it from the start.

The good news was we were and we had lots of chances Alex,Bailey and Sam causing problems up top and we went in 2 goals to nil up at half time.

This was especially pleasing has each player had a spell on and off the pitch in the first half and several players moved into positions which we can do having versatility ,in the game today Callum and John played in every defensive position and John with Alex did the same in midfield also.

We went 3 up in the second half then Riverside got a penalty to make it a game again,Sam then completed his hatrick to make it 4-1.

Some of the boys started to get tired in the new formation which isn’t surprising and we had to dig deep when riverside got a second but we dug in and won 4-2.

In all a good performance from all every boy played there part,we thank Riverside for a good game and wish them well in there season ahead. 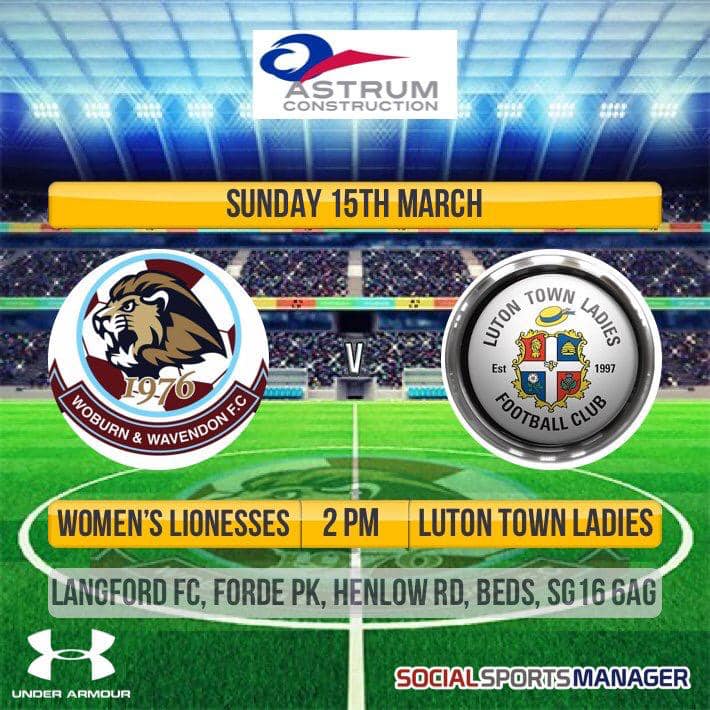 The Lionesses U13s lost 3-0 to Kempston in the Beds FA League Cup final in Dunstable on Saturday. The girls went into the game full of confidence having already beaten