U11 Clarets v U11 AFC Kempston

A milder but foggy morning, saw a slightly later start against Kempston on our noticeably better-maintained home pitch. Kitty scored in the first half and sent a blinding shot against the post in the second but was prevented from scoring any more by a very admirable performance from the Kempston goalie in the second half.

Kitty and Olivia on the attack. 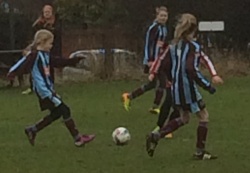 Charlotte looking for the through ball. 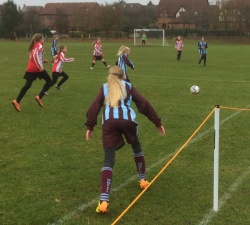 Scoobs launches one down the line.

Flying high on last week’s GOM, Scoobs covered all four corners of the pitch and never appeared to run out of energy (must be the croissants and crisps!), constantly taking the ball from defence into attack.

Defence again was a very strong unit this week with Tayla, supported by Mollie and Ruby K, placing some lovely strong passes forward which, today, Woburn perhaps weren’t quite so able to make use of. Freya had less to do but did everything asked of her to make any balls in her direction safe and Ruby K had perhaps her best game yet for the Clarets playing simply but effectively and producing some great throw-ins. 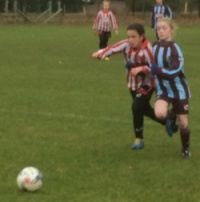 Izzy battled on throughout, taking a heavy knock in the first half, but winning the ball on many an occasion and making some lovely runs. Izzy was today’s Girl of the Match awarded by the parents.

The link up play between midfield and the forwards was perhaps not quite so productive today with some good interceptions coming from Kempston. Jazz played well up front giving our midfield a target to aim for and getting some shots off and after a slower first half, Olivia came more into her stride in the second.

The final whistle blew at 1-0. 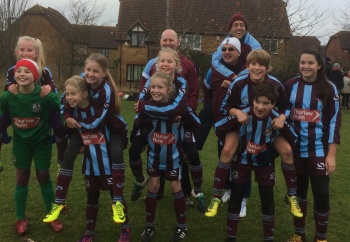 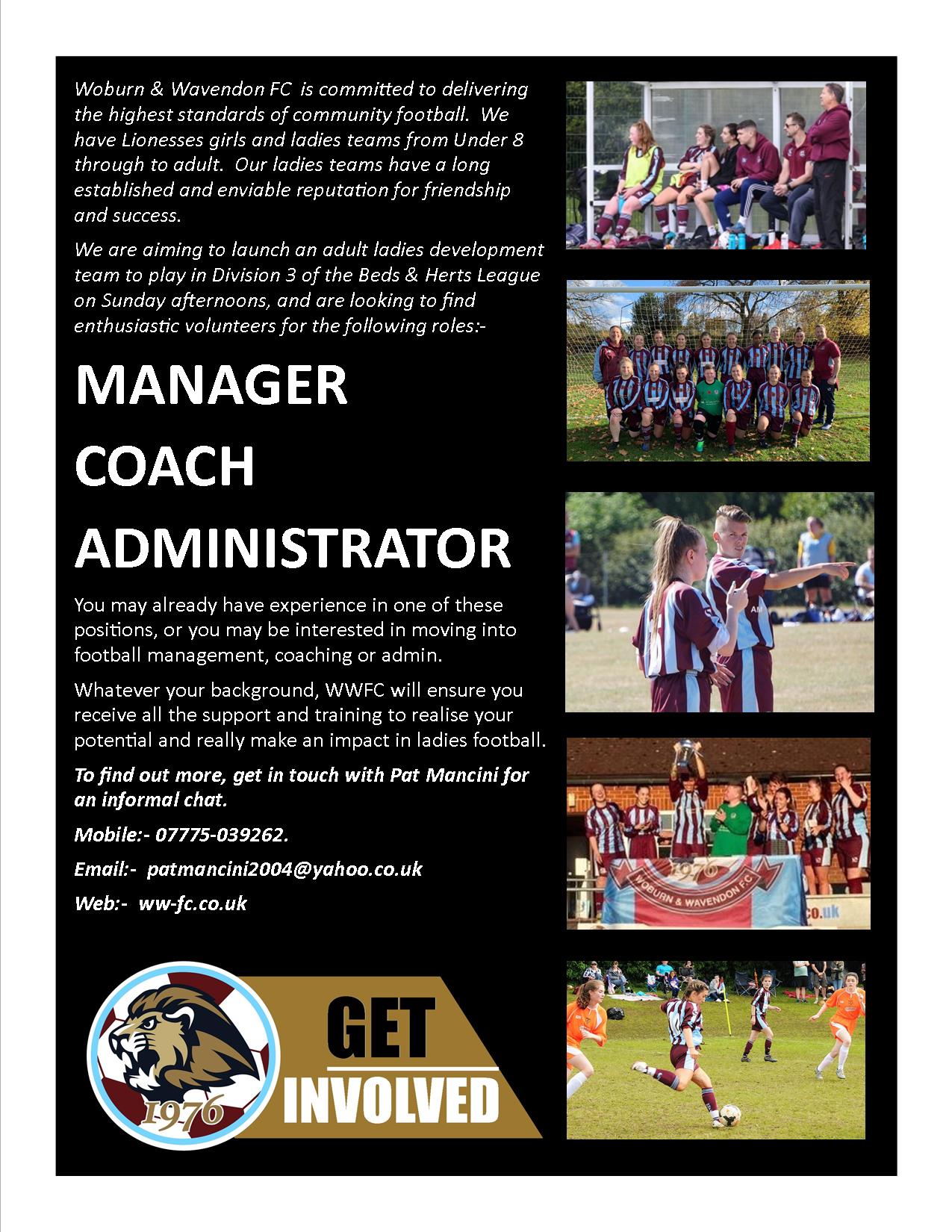