Back up to full strength, the girls put in a tremendous performance on Saturday against a well organised skilful Flitwick side. Having been beaten twice by Flitwick last season, our girls’ performance on Saturday showed a marked improvement on how we have progressed. Flitwick could well be the strongest side in the league and our girls can hold their heads high with the knowledge that they weren’t beaten and came very close to securing a victory on several occasions during the second half.

Our star performer was undoubtedly Freya who was instantly voted girl of the match after the game. What a game Freya….. Your goalkeeping had everything – bravery, game-saving blocks and spectacular dives. I think we can all agree it was great to watch. 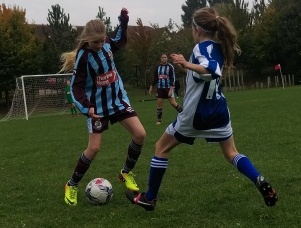 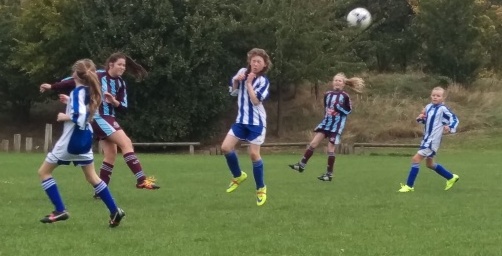 Our defenders worked incredibly hard throughout the game to halt the advance of an irresistible Flitwick attack who played a great passing game. Ruby and Scoobs tirelessly closed down the right wing channel with great effectiveness as they disrupted the play allowing us to regroup. Tayla organised the defence well and denied the Flitwick attackers any advance through the centre. With great composure, she often controlled the ball and fed our midfield and attackers with precise passes as we launched counter attacks. Molly must have covered the most distance on pitch as she defended and supported our counter attacks tirelessly – well done girls!

The midfield battle began and ended with the whistle for Charlotte, Izzy and Olivia. Their relentless work rate and passing was top notch throughout this end to end game. They should be proud of the support they gave to the defence and also the supply to the attackers – great stuff! 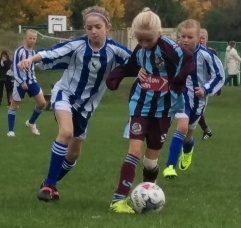 Jasmine and Kitty showed a lot of movement this game to try and shake off their markers. They both had some good chances but unfortunately weren’t able to convert them into goals this time. One shot, however, despatched by Jasmine and fumbled by the Flitwick keeper allowed Olivia to slot home the loose ball to register our only goal. Well done you two for the link up and both being in the right position to unlock their solid defence!!