City Colts Cobras U10 Vs WWFC Tornadoes U10

A very early misty morning for Kick-off. A great game contested by 2 very good teams. Woburn decided to unleash a new formation today and it worked better than expected, Woburn dominated from start to finish with crisp clean passing and great closing down of the opposition when possession was lost.

Woburn March on to the next round. 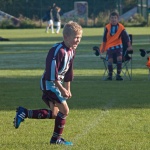 WWFC Tornadoes U10 Vs Olney Town Scorpions U10

WWFC Tornadoes U10 Vs MK Wanderers Hawks U10

As winter finally settles in the wind was strong but at least the rain held off.

We came up against a very well organised and functional team today, never allowing us to get into our rhythm with our usual slick passing moves, a few uncharacteristic defensive errors from the team certainly made our morning a difficult one, however this will only serve as a learning curve for our boys. Although we couldn’t get into our usual flow a few players rolled up their socks and tried to make something happen, very commendable indeed.

Onward and upwards the next game can’t come soon enough.

WWFC Tornadoes U10 Vs City Colts Cobras U10

A lovely winter morning greeted the boys today, we were all looking forward to today’s game after a little friendly ribbing from each sides coaches in the build up to this game. Previous games with the Cobras had always been tightly contested.

Despite the cold conditions both sets of boys were ready for the game and straight from the off it was end to end, we have been working constantly on defensive shape and quick passing in training and it certainly looks like the sessions are paying off. As the game grew so did Woburn and displayed some great counter attacking moves whilst remaining solid in defense, everyone working for each other. It was a joy to watch this team in full flow.

Roman Rangers U10 Vs WWFC Tornadoes U10

We were expecting a tough away fixture today but came fully prepared after working on attacking and defending as a unit in our training sessions, you could tell from the off the training sessions had paid off.

So much to be proud of for the Woburn boys today,  determination and drive we had asked for after last weeks lackluster display was noticeable right from the off,  The Tornadoes got at the opposition, dictating play with a superb range of passing moves and dealing comfortably with any threats. In all departments, the boys excelled and worked hard for one another.

Next game… the cup final.

City Colts Sharks U10 Vs WWFC Tornadoes U10

A repeat of last weeks cup final on the cards this week. A tough match was expected after our brilliant cup victory, revenge was wanted.

The typical football cliche ‘a game of two halves’ was certainly the case today.

The Sharks played a good first half, with some excellent passing moves and troubled our keeper a number of times in the first half, it’s fair to say our tornadoes started a bit sluggishly, we failed to get our normal crisp passing game together.

A little pep-talk at half time spurred our boys on and gave them a much needed injection of confidence, reminding them of the performance the week before.

The second half was a huge improvement, slick passing moves and great defensive shape made the second half a much more enjoyable watch for coaches and parents.

WWFC Tornadoes U10 Vs City Colts Sharks U10

The weather was horrendous, but that was to be the only down side to an otherwise perfect morning for the Tornadoes. So far unbeaten this season we went into the game full of confidence facing a team that we have failed to beat before.
City Colts Sharks started on the front foot hitting the post within a minute of the game.
This gave the tornadoes a wake up call and from that point we never looked backed.
We created chance after chance with slick passing moves through the midfield. The movement & tempo of our attacking play was something the Sharks just couldn’t handle as we went on to score 4 goals in a crazy 12 minute spell. Playing with plenty of confidence we continued to to create chances & stay on the front foot for the remainder of the half.
Half time 4-0.
The second half started much like the first with the Sharks pressing to get back into the game, with long high balls into our box – something our defence dealt with very well.
With the weather & pitch worsening the game became scrappy with plenty of misplaced passes. At this point both teams looked shattered.
With 15 minutes of the game left, the tornadoes sprung into life again. We started to move the ball quicker & get in behind the Sharks defence. 2 very well worked goals took the score to 6-0 and that’s the way it finished.
A dominant performance from the tornadoes & the joy was there for all to see with players, parents & coaches celebrating with a chorus of ‘CHAMPIONIES’ at the final whistle.
A big well done must go to City Colts Sharks who gave their all throughout the game. They conducted themselves very well & were very gracious in defeat.

We meet again next week in the league! 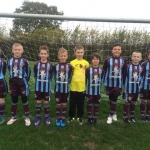 The cup winners before the game

Some Action shots from the game 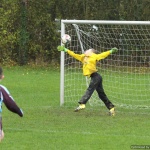 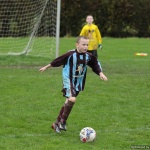 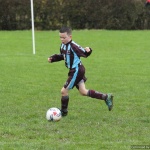 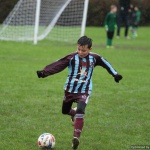 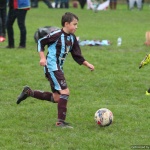 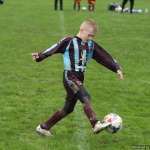 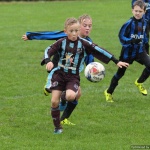 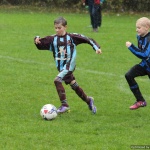 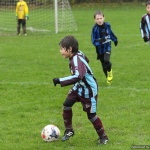 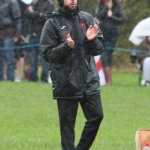 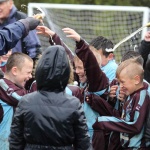