9-aside arrives at the Rec.

With half term absenteeism leaving us struggling to find 9 players, we were grateful to form the first combined WWFC U10 team made up of Hurricanes, Whirlwinds and Tornadoes. Despite playing alongside unfamiliar players, it was an excellent performance against one of the Leagues stronger teams. The early stages were very even with the boys putting together some very attractive moves and looking the more comfortable on the large 9-a-side pitch. The exercise was all about familiarising ourselves with all the space, off-sides, larger goals etc, and it was well worth it. Well done everyone and many thanks to

the Whirlwinds & Tornadoes who bumped up our numbers today.

A new chapter in the Hurricanes’ footballing journey started with this match. Always keenly contested, this friendly with the Tornadoes also marked both team’s first venture into the 9-a-side game….. and along with that the offside rule.  If truth be told, offside did not feature that much in proceedings (apart from one disallowed goal for the Tornadoes…. well spotted lino).  The important thing was to start the process of playing effectively as a larger unit.  This was largely achieved, with the boys growing into the new formation and looking particularly strong defensively and on the break. In particular, Josh was superb in his central role ahead of the defence, whilst Cathal continues to be deadly in front of goal. Also a tremendous debut form Harrison who was extremely effective and hard working. But this was very much a team effort, which saw some very effective passing, movement and covering.  Also well done to the Tornadoes who also played very well and provided a stern test.

The road to Brackley is not for us this season !  A first half which was almost a carbon copy of the previous week’s League match, set up the second half for a possible fight back from the boys. That is where the similarity to last week’s match ends.  A ‘stop at all cost’ approach seemed to be the method our opponents decided to employ.  All credit to the boys, they kept plugging away despite considerable provocation, and at the end emerged with much credit for their control and self-discipline.  I think we were all caught cold (including the referee) by the tactics that seemed to be used.  In all fairness, the opposition did not have their manager present, and I think things would not have deteriorated as they did had he been present. An experience that will hold us in good stead for the future, and with stronger officiating, one that I hope will not be repeated.  Football should be about fun, friendship, teamwork and footballing skill. We will stay true to our philosophy, and applaud good play and sportsmanship from all youngsters.

Next week back to proper football v the Whirlwinds. 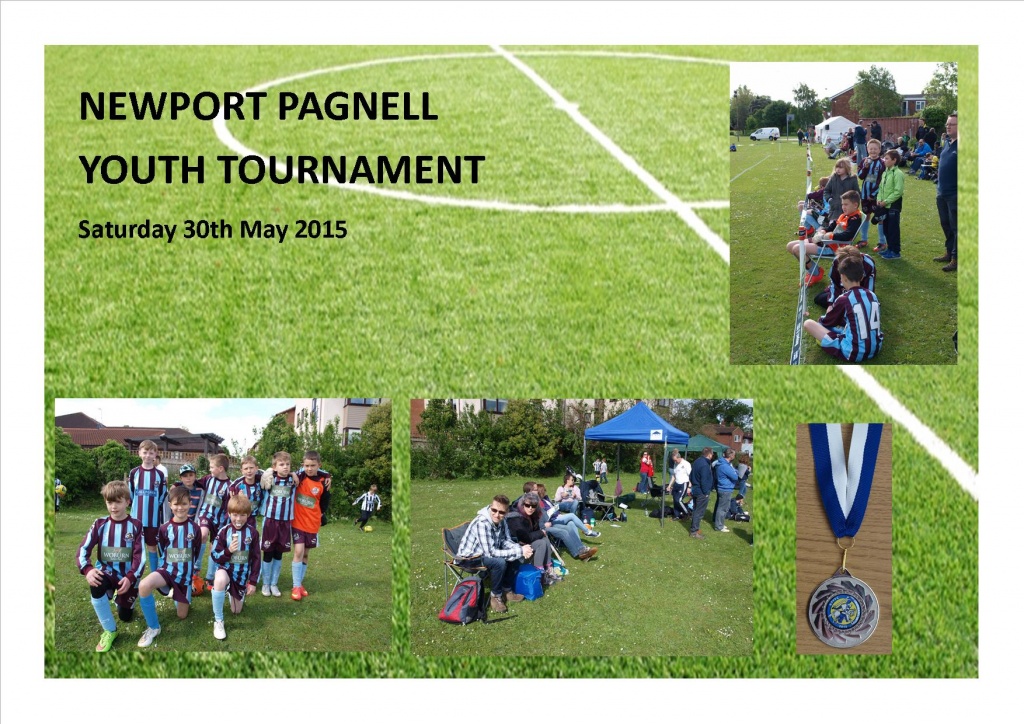 FUN IN THE SUN

The boys enjoyed a great days’ football at the NPYFC tournament. Both the Tornadoes and the Hurricanes qualified for the Quarter-Finals. In getting there from the strongest group, the Hurricanes were again solid at the back, conceding just 2 goals. Our record of 1 win, 3 draws and 1 defeat gave us 3rd place ahead of MK Gallacticos, Newton Longville and Olney Town. Sadly, we were well beaten in the quarter-final by Newport Pagnell Town Lions.  Despite creating plenty of openings, fatigue seemed to have crept in and we allowed Newport to get in behind the defence far too often.  Nevetheless, an excellent display from a depleated squad. All who played were excellent, and lots of fun on a superb sunny day. Thanks to everyone for all your support. 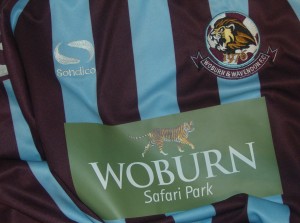 Slow starts, poor finishing, tight margins……. does that sound familiar ?  So too were the opposition….. 2 of the strongest League teams featured in our group, and again we were put in the hardest U10 group.  What to do about it ?  The boys need to get that same desire, energy and enthusiasm that they show in training against each other on a Wednesday night !  The skill is there, but the confidence is lacking in a tournament environment. 10 minute matches mean slow starts are not an option.  In league matches we usually build momentum, offering time to recover from hesitant starts.  This has to change.  So too are sharpness in front of goal.  Our last 2 matches in this group saw us completely dominate but fail to score.  All can be rectified, BUT WE HAVE TO BELIEVE !

On a much warmer morning than recent Saturdays, our second match of the season against the newly formed MK Gallacticos saw a very reduced Hurricanes squad from the previous friendly match back in August. With 4 players missing, the game offered the opportunity to try new things out. Players largely adapted well to new positions, and a new formation was tried. All part of developing teams, MK Gallacticos certainly impressed in how well organised they have become and their style of play. A first half largely dominated by the Hurricanes delivered us few real opportunities. The second half was far more open, with both sides creating numerous chances. The heavy pitch and small squad ultimately took its toll on the boys, however there were many good lessons and experiences derived from the match, so we can take plenty of positives as well as concentrate on playing to our strengths for the next ‘competitive’ fixture.

GOOD PERFORMANCES TO END THE SEASON

With a large squad and only 6-a-side matches, we operated with what was 2 different teams. This worked very well, with well balanced teams delivering good performances. Our first match against Roman Rangers Yellows got off to a good start with an early goal. Yellows equalised to leave it all square. First win came a against Pottersbury. Only 1-0, but could have been more. Our next opponents were Feeder Soccer from Peterborough. A very skillful side, the boys competed well and earned a deserved 1-0 victory. So things were looking good for qualification. Our next match was against Newport Pagnell Town Lions. A strange & disjointed match, broken up by a bang to Callum’s head as he kept goal bravely. Sadly we lost by a single goal in a scrappy ill-tempered match.  That meant we needed a win against our old friends from Heelands to guarantee progression. Heelands had looked the strongest team in the group, and conceding an early goal was unfortunate. All credit to the boys, we struck back immediately, and despite chances for both sides, the resulting draw helped neither of us.

It was Newport who progressed, however a very respectable 3rd place against some good teams was a good return.

Weather wise, sun, rain, hot, cold, and even a mini hurricane !   Well done to everyone on a very enjoyable afternoon. 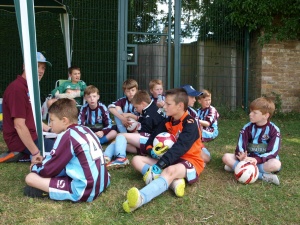 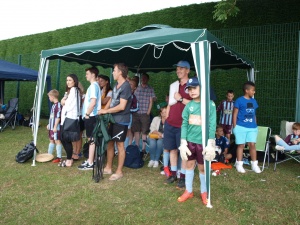