U16 Lionesses – Lift The Cup 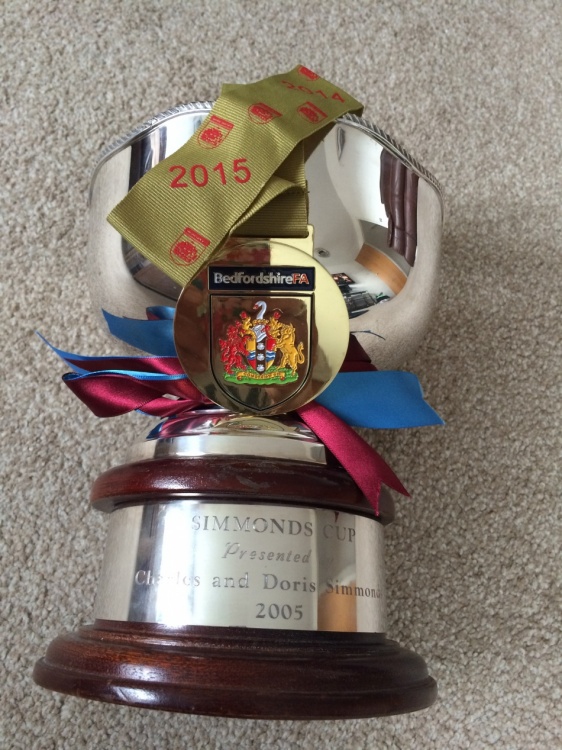 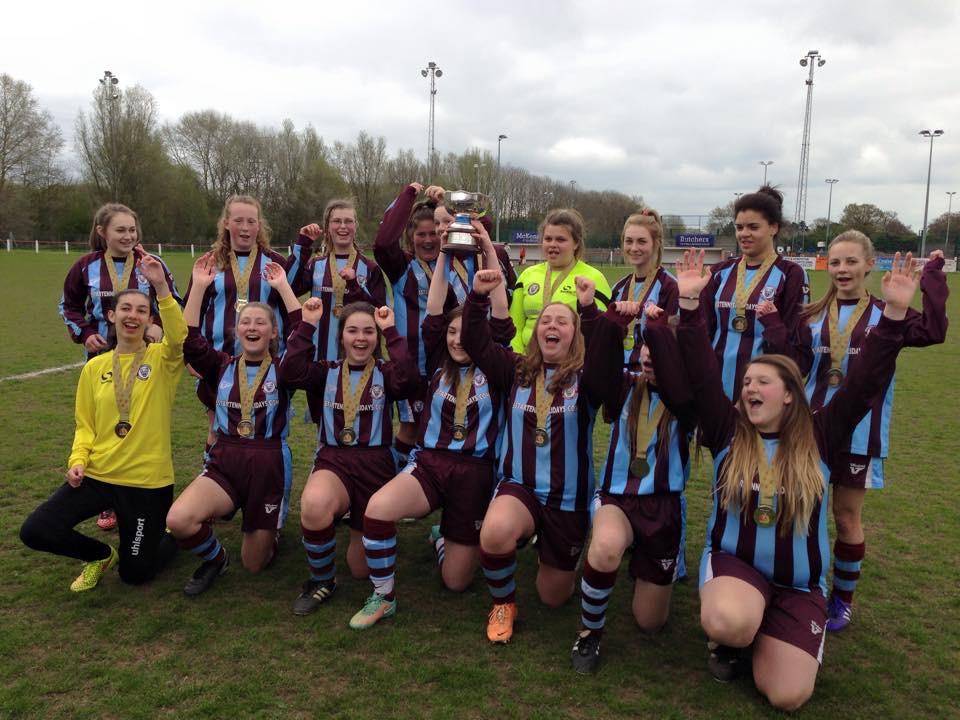 It was a grey if anything chilly Sunday morning, for a repeat of last year’s junior cup final. However, the teams had the benefit of the grass pitch and the spectators the stand for shelter. Kempston started the brighter, with a first minute shot that was wide, but this did seem to spur Woburn into action and it looked like they had won a corner with their first attack, however a goal kick was the result. The game was a little disjointed but chances fell at both ends – Rosie forcing a save from the Kempston keeper, Kempston having 2 efforts cleared by Grace, before Molly and Georgie both went close. Kempstons best effort though was after 14 minutes, which was blocked by Leanne, who from a distance seemed to just throw herself bravely in the path of the ball. Woburn then seemed to stamp some authority on the game, with Rosie, Molly, Emily and Chloe R all looking to provide the ball and Georgie ever alert to attack down the middle. Corners looked to be a real weapon today for Woburn especially when delivered by Molly. The engine room at the back were as good as normal. Michaela sticking to the middle although Millie was let loose on occasion.

After an early chance on 44 minutes, where the ball just did not drop for Woburn, supporters  hearts were in mouths 2 minutes later as Kempston’s leading goal scorer  made it to the by line. Chloe A had other ideas as the ball was poked away off the Kempston players foot in a crunching tackle and damage limited to a corner. 10 minutes later on the third successive corner, Molly picked out Millie whose deft header crossed the line. Now the girls had to work and they did just that.  Carrie now on top in the middle, was winning more of the ball and Lauren in 2 spells was unlucky not to set up a forward as she made several neat passes in her usually calm way.  65 minutes gone, after Carrie neatly squared the ball to Molly, who was 25 to 30 yards out, the balcony end supporters knew what was coming too. A winner that would have graced a Wembley final. How the girls kept calm for 15 more minutes is remarkable. Although the crowd helped with some key phrases they have learnt over the years, “It’s still 0-0”, “you haven’t won anything yet”, “If in doubt, put it out”. Not there in body, but Pat could be heard… or was it a few comics in the Woburn crowd?

A final comment that shows Pats final other call of “No I in team”, a Woburn players assessment of her teammates was “I have never seen Zoe run and work so hard, she was awesome today” so nice to hear, But I can add 16 girls were awesome today!!

Fantastic result, well played girls. We are so proud of you all! 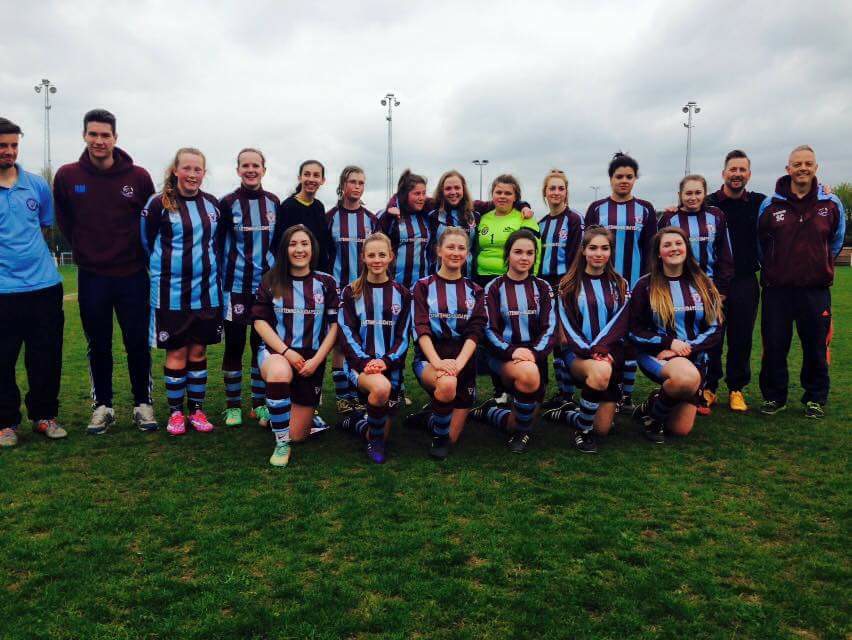 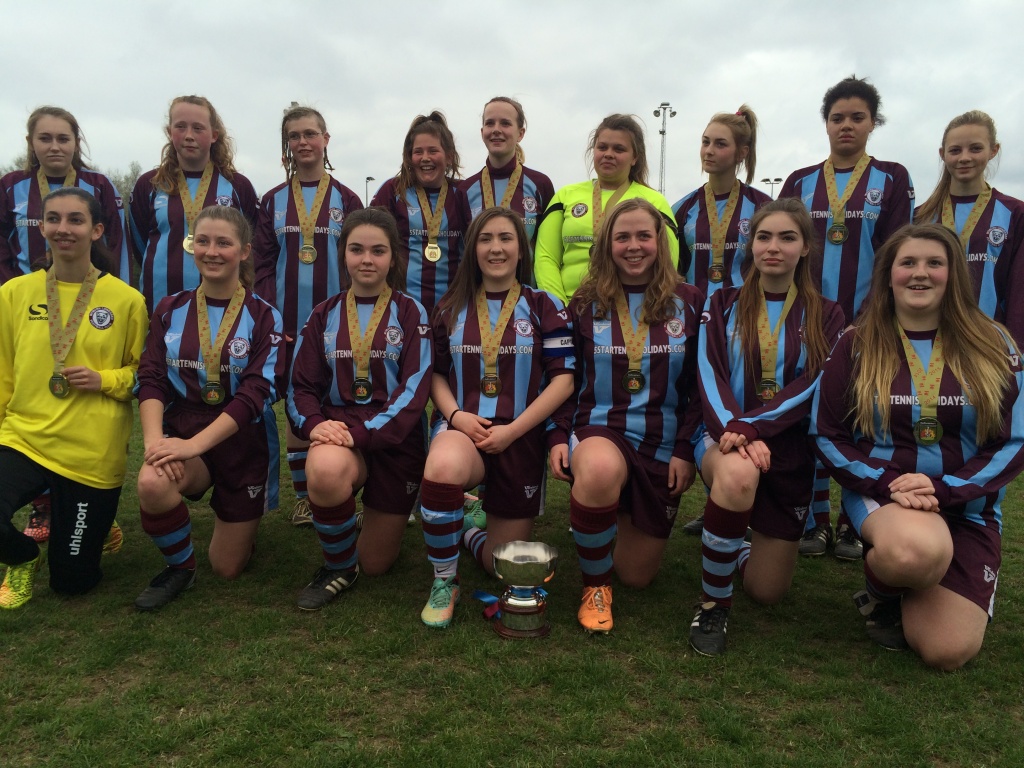 Triumphant With The Cup