So today we play are old foes New City Stars who we have played and always had difficult and well contested games.

This season we started our league 3 campaign against them and drew a 1-1 in one of those well contested games.

So today first started with the worry if it was going ahead with the very cold weather most playing fields were frozen Friday but thankfully we got rain and a bit of warmer weather so game got the go ahead.

The first half to be honest was a usual Cyclones vs New City game both teams working hard closing each other down showing each other that neither side was going to win this game without having to work hard for it and the game was well contested across the field but what was visible both teams showed regard for each other’s team ability.

Both sides had good moments a the game a
Had a good flow to it ,a few good runs down the wings and half chances each but neither team had a clear cut scoring chance more half chances.

For us coaches we felt we were certainly were not making use of the size of New City’s pitch and sometimes caused ourselves problems by leaving big spaces around the pitch.

Half time we just told the boys to continues the work rate but just use the size of the pitch get ourselves into the spaces being left free and if you see the goal and just have a go.

The 2nd half started very much where the 1st leg off but we then started to get a bit more possession and finally started to use the size of the pitch a bit more and the first real chance fell to Aaron he certainly heard the part ‘have a go’ and he hit the ball other the top of the keeper and it hit the front of the post was a shame it didn’t go in for him,but that would soon change because a few minutes later Aaron was in a similar position and hit the ball slightly higher and with a little bit more power it crept other the keeper 0-1 cyclones.

This lifted our boys and we started getting getting on top we wanted to get another goal whilst we had the momentum.

Thankfully for us we did again we used the space on the right and got into the box and the ball fell to Alfie who had the shot and it crept in the bottom corner bug it was awkward to see if Alfie had scored,Aaron look it may had nicked the goal both run off celebrating on the touchline it was debated,I asked Aaron if he got a touch to be fair to him he was honest and said I don’t know,we decided Alfie got the goal the fairest way at the end of the game by playing the best of 3 rock,paper,scissors.(Alfie won 2-1).

We then had a few good chances but new city weathered the storm and started attacking us again but the defence today was looking a very solid unit today they certainly wanted that clean sheet and seems to win there battles.

We then gig the final goal of the game Aaron again finished with another solid shot which he deserved.

A very good performance from the boys today the second half was god although the first certainly wasn’t bad.

New city and ourselves again contested a very good game which was flowing from start to finish I think there possibly only 5 fouls in the whole game given and it was played in such great spirit today although neither team wanted to lose,both teams desire was there to be seen and a good 15 minute spell from us was the difference, I’m sure the coach of New City Stars will still take the positives from the game.

Today was again a game where every boy had a good contribution in the game,but special mentions today go to Aaron,Alfie,Alex,Callan and Sam.

Aaron today should us today he can defend from the front chasing things down,putting the defence under pressure and when needed used his strength to be a hood old English centre forward scoring 2 good goals and was great to see wasn’t afraid to take the shot on early which he certainly did for his first goal.

Alfie again had a solid performance especially the second half out of the right side of midfield and got the goal for his work rate, he also has started to get some tackles in now which is something we have been trying to get from him in the games because he certainly does like a tackle in training.

Alex again was Mr consistent again played in several positions and never looked out of place in any of them especially in the defence playing on either side of it,we know he would prefer to play further up the pitch but he still gives you 100%.

Callan today showed us his usaul good footwork but we today we wanted to try and get him the full half and see how he would manage it as being a big pitch we needed him to have a big engine in there and we needed him to do the defending as well as attacking. Half way into the half he looked to be struggling and we simply said to him we needed him to up that work rate or we would take him off for a breather but he gratefully excepted the challenge and proved to us that he can do it.

Finally Sam again who by the end of the game looked absolutely exhausted again his work rate and effort to challenge for the ball and defending from the front was superb.

On a final note I’d like to mention how the game ended because today it was nice to see every single player on the pitch congratulated each other as we should but with the mutual respect was great and the boys even had a laugh and a joked with each other chatting away which for me was a nice encourage to a good well contested match played in the best possible spirit of football.

We thank New City Stars for today’s game wish them well for the rest of the season. 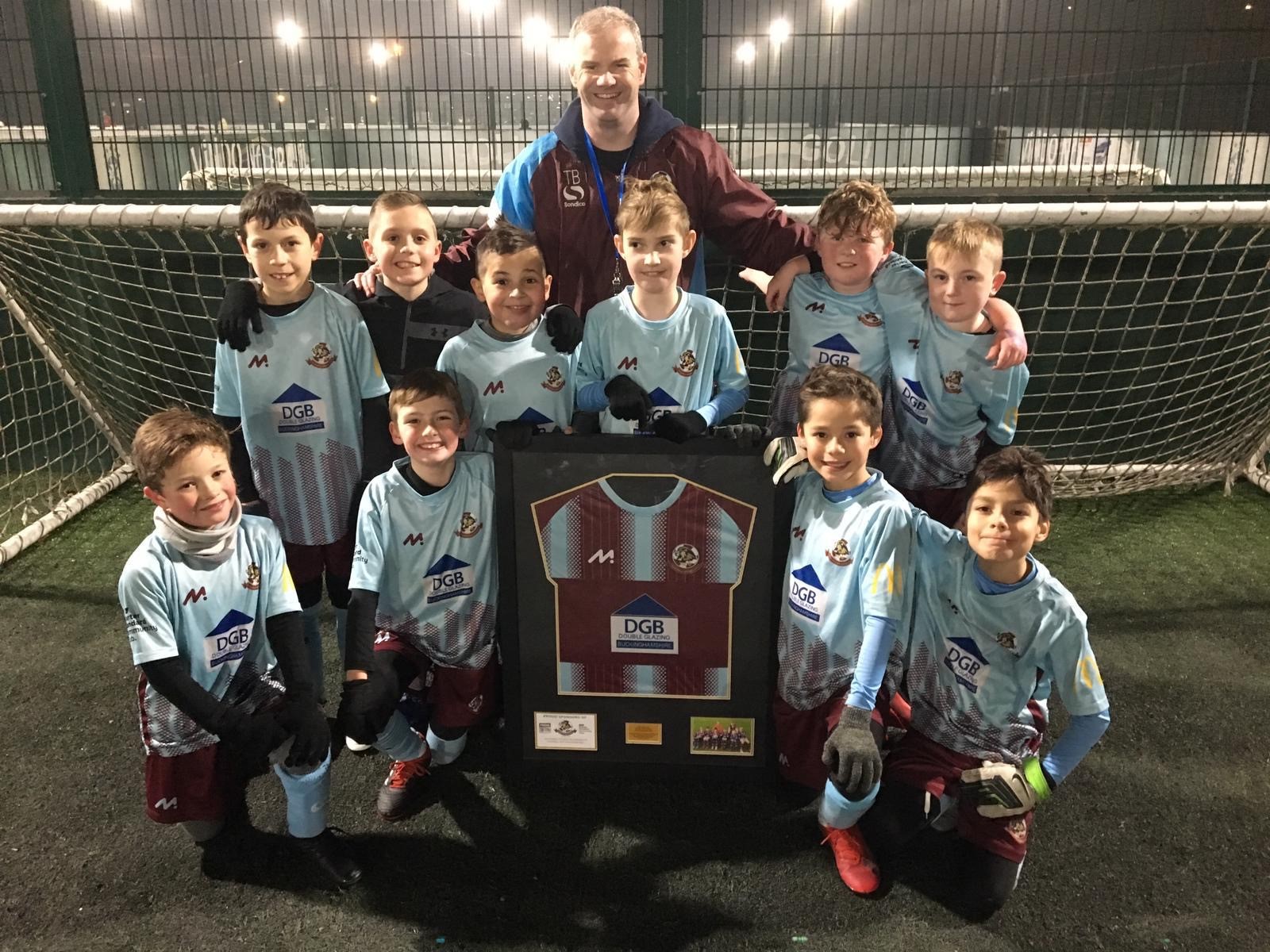