Hurricanes enjoyed a diversion from the league with a short trip down the road to play Southside United Scorpions in the first round of the Cup. This would be an interesting challenge with both teams struggling for points in their respective Divisions, and the added incentive for many of the players to enjoy bragging rights at school next week!

Leon and Andy had been concerned that player numbers would be limited with Ryan being away, and Asante and Francis unable to train in midweek. However, Francis shook off his stomach ache and Asante his knee injury (no doubt helped by his new boots!) to enable a full team and one substitute. There was one further scare as Evan strained a muscle during the warm-up, but it wasn’t enough to stop him and he bravely took his place between the sticks.

Hurricanes kicked off and immediately went on the attack with Harry reaching the byline but Southside repelled the advances. The Scorpions settled and for a while both teams cancelled each other out. 10 minutes into the game, Southside won a corner which was launched deep into the Hurricanes’ goalmouth. After a good few moments of Woburn being unable to clear it, and Scorpions being unable to ripple the net, the referee blew his whistle. Thinking that he had blown for a foul, the players prepared for a free kick but much to their surprise he had awarded a goal! 1-0 to the Scorpions, and the Hurricanes knew that they had an uphill battle against a determined opponent.

The goal seemed to galvanise Southside more than Woburn, and the home team started looking much the more dangerous. Ex-Hurricane Josh was running the game in the middle of the park, and the Hurricanes were looking ragged. The pressure told. A hopeful ball over the top of the Woburn defence was seized upon by the grateful Scorpions striker and his glancing header dropped into the net past Evan. 2-0, and Southside were looking much the stronger team. Rocco rallied the troops with an impromptu huddle and no doubt a few choice words, and the match restarted with the Hurricanes kicking off for the third time in the half. This time, play was much more even and at the break it remained 2-0 to the home team.

Leon and Andy sent the team out early for the second half, and the results were evident – Woburn looked sharper and more focused, and went at Southside with an intensity not seen in the first period. Several minutes in, Francis received the ball in the inside-right position, evaded a tackle and bore down on goal. As the keeper narrowed the angle Francis lofted the ball over him and it nestled into the bottom corner of the net! 2-1, game on. Resurgent Woburn poured forward, looking to dominate the game. A free-flowing move saw the ball reach Harry who languidly stroked it (some might say in the style of Mesut Ozil) into the goal for the equaliser. 2-2, and the winds of change were blowing.

More was to follow. Harry ghosted through the Scorpions’ back line and was upended for a penalty. He dusted himself down, stepped up and lashed the ball into the top right corner of the goal. 2-3, turnaround complete. Confidence flowed through the team and Woburn were playing the best football of the season so far as they went through the gears: Orlando and Freddie rock-solid alongside their skipper, not letting a thing past them; Tao, Luke and Charles sharing midfield duties, dominating the centre of the park; Francis and Asante owning the flanks and Harry marauding up front. Within a few minutes of the penalty, it seemed as if Harry would get another as he went down in the box under a heavy challenge but it was not to be. Undeterred, another fine move involving half of the Woburn team culminated in Harry claiming his hat-trick in style with an exquisite finish into the roof of the net. 2-4, and the Hurricanes had the cushion that their second half performance deserved.

The feast of football was completed with perhaps the cherry on the cake in the shape of Woburn’s final goal. Asante collected the ball near the halfway line, jinked around the tiring Southside midfield and headed towards the defence. With a drop of the shoulder he cleared the last man on a tight angle and squeezed the ball in at the near post beyond the unlucky keeper for a delightful dénouement and a strong contender for goal of the season. 2-5, a fine way to end the game.

Credit to Southside Scorpions for playing their part in a great contest – if they play like that each week, results will surely turn in their favour. However, biggest congratulations go to the Hurricanes for turning round a deficit in style and showing what they are made of.
Next week, it’s back to League action with a trip to Newport Pagnell to fight the Trojans!

Under 9 Whirlwinds helped their sponsor, McDonalds, re-open the City Centre Restaurant on Sunday 12th October. The re-opening coincided with the presentation from the Club to Thom Russell, Operations Consultant 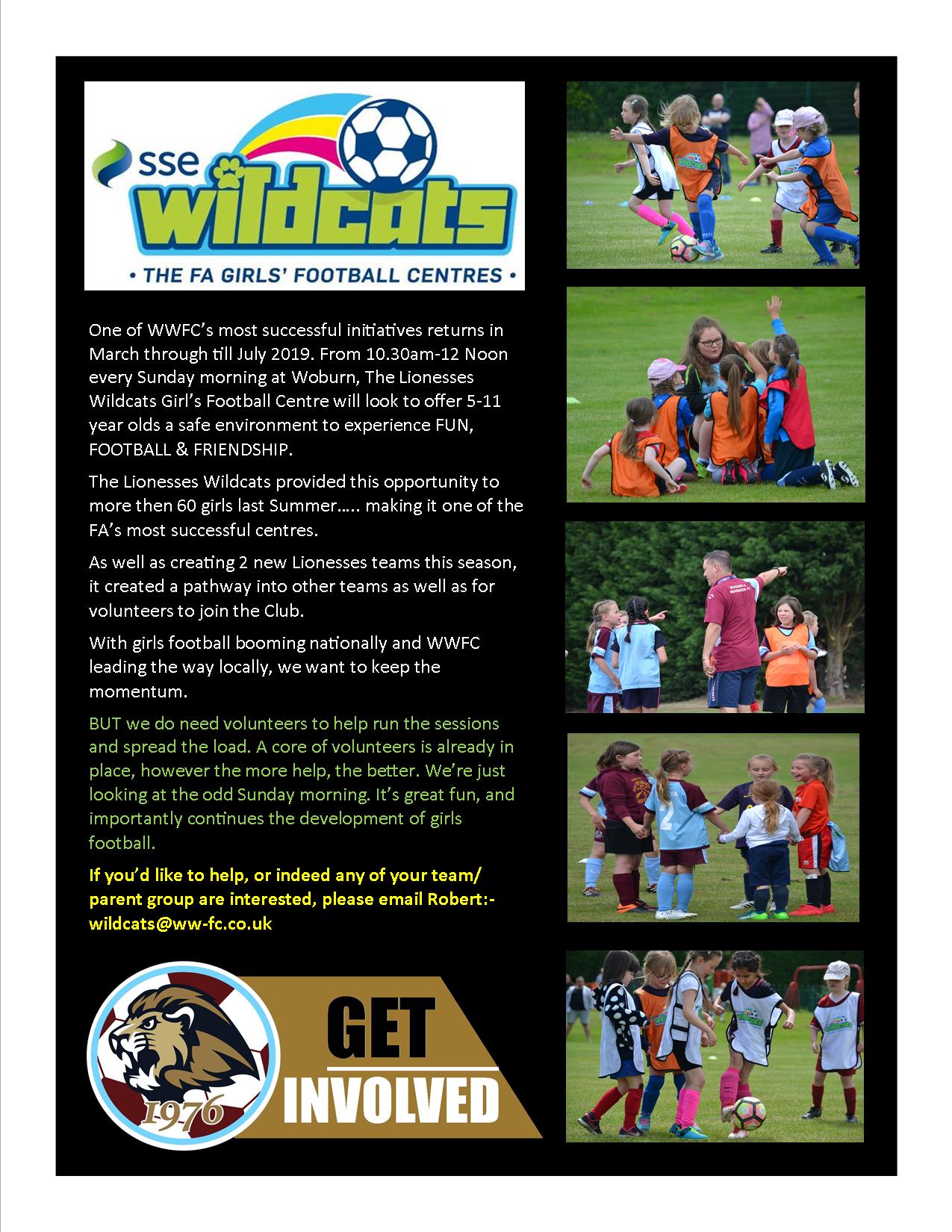